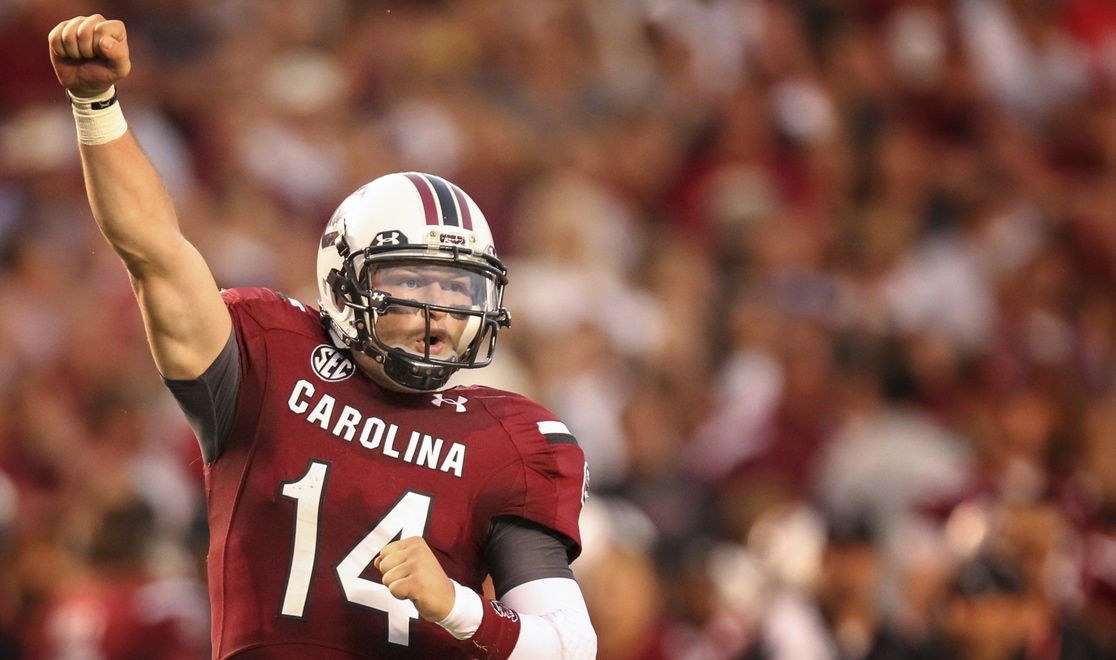 Shaw, a 6-1, 209-pound senior from Flowery Branch, Ga., has completed 62.9 percent (122-for-194) of his passes this season for 1,655 yards with 18 touchdowns and just one interception. His quarterback efficiency rating of 164.13 ranks 11th in the country. In addition, he is the Gamecocks’ second-leading rusher with 375 yards on the ground and three touchdowns.

Shaw is 23-5 as the Gamecocks’ starting quarterback, just one win shy of Todd Ellis’s school record of 24 career wins. He is a perfect 14-0 as a starter at Williams-Brice Stadium. Shaw is the school’s career leader in passing completion at 65.6 percent, is second in touchdown passes with 50, is fourth in total offense with 6,782 yards, is seventh in career passing yards with 5,282, and is the only player in Carolina history to throw for more than 5,000 yards and rush for 1,000 yards.

The 10 finalists for this year’s Golden Arm Award are:

Named after the man many refer to as the greatest quarterback ever to play the game of football, the prestigious Golden Arm Award is presented annually by the Johnny Unitas Golden Arm Educational Foundation, Inc. and Transamerica.

Candidates for the Golden Arm Award – which has been presented at the end of each college football season since 1987 – must be college seniors or fourth-year juniors on schedule to graduate with their class. In addition to the accomplishments on the field, candidates are judged on their character, citizenship, scholastic achievement, and leadership qualities.

The namesake of the Golden Arm Award has a storied history. Johnny Unitas was an 18-year veteran of the NFL, who played his collegiate career at the University of Louisville before joining the Baltimore Colts in 1958. His career passing figures include 2,830 pass completions for 40,239 yards, 290 touchdowns and throwing a touchdown pass in 47 consecutive games.

Unitas was inducted into Pro Football’s Hall of Fame in 1979. The Hall of Fame, in commemorations of the NFL’s 25th, 50th, and 75th anniversaries selected Unitas as the top quarterback of all-time. In turn-of-the-century listings, he was named to Sports Illustrated’s list of top 10 athletes, Time Magazine’s list of 10 most influential athletes, and ESPN’s series on the 50 greatest athletes of the century

“Despite my Dad’s outstanding on-field accomplishments, he never forgot his humble beginnings and that won him a permanent place in the hearts of everyone who ever knew him,” says John C. Unitas, Jr., President of the Johnny Unitas Golden Arm Educational Foundation, Inc. “Giving life to his commitment to ‘give back,’ the Golden Arm Foundation was established to promote football on all levels by providing financial aid to deserving young athletes.”

“No News Is Good News”

Shaw is second in touchdown passes with 50, is fourth in total offense with 6,782 yards,

How far does he have to go to be first in these categories?

Shaw should win the player whose head looks most like a circumsized penis award.

Hilarious! Another classy and clever Clemson fan. Grow up, buddy.

Even if he doesn’t win another award, he will go down as a Gamecock Great, to my lights. He is a true player to win and plays for the love of the game.