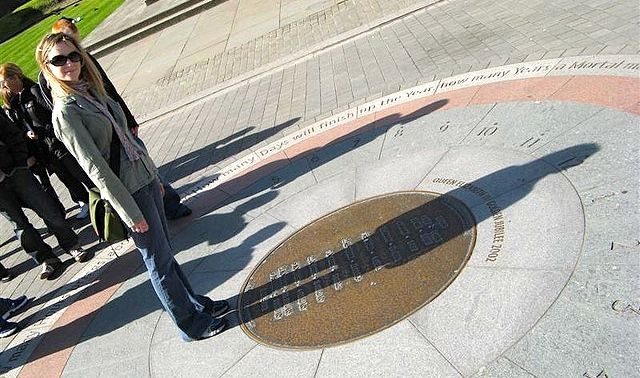 Daylight saving time in the United States officially ends this Sunday morning at 2:00 a.m. – and yes, slackers, this is “the one when you get an extra hour of sleep.”

But should you get this hour back? Or more to the point … should you have lost it in the first place? And should we really continue this ridiculous “spring forward, fall back” interruption in our daily lives?

If you ask us this whole thing is a scam.

Implemented in 1966 via the Uniform Time Act (and last adjusted in 2007), daylight saving time was created with the intention of conserving energy. The argument? That longer days would reduce the demand for illumination.

Has it worked? Hell no …

Longer days have reduced nighttime lighting bills, but they’ve also jacked up air conditioning usage in the evenings. Not only that there’s a new demand created for lighting in the early morning hours. Also, daylight saving time results in increased gasoline usage as people spend more time outside of their homes.

Given that daylight saving time (like most government experiments) isn’t accomplishing its intended objective – why does it go on? Good question …

According to a new Rasmussen study, only 36 percent of Americans believe “spring forward, fall back” is worth the hassle, while 45 percent do not.

Maybe it’s time we should scrap this failed experiment … especially since it’s estimated that the American economy loses $1.7 billion a year just from changing its clocks every March and November.

SC Mayor Wants Voters To “Relect” Him To Office

That 36% of us are stupid enough to believe that the upheaval caused by DST is somehow beneficial is in itself, frightening.

Oh who am I kidding? They re-elected Obama and a lot still believe that ACA is going to be good for us.

You are kidding yourself to believe everything fed to you by WorldNetDaily . . .

And CiC, I would recommend being tested for Obama Derangement Syndrome if you cannot even discuss the pro’s and con’s of DST without finding some way to slight President Obama and his supporters . . . just saying.

Some would say it’s much worse to have Obama Adoration Syndrome…just saying.

Uh-huh. I can discuss DST without even mentioning his name – can you?? Just asking.

You did not answer the question. Can you discuss DST without mentioning his name? Wonder why CIC cannot? Wonder why I cannot even post on a Sports thread on this site without one of the Obama Haters chasing me over there to post “It’s okay everybody – he’s an Obama supporter.”? Is President Obama really to blame for anything having to do with DST or the Clemson/Carolina rivalry? Please enlighten me. Seems to me (I won’t say “some” as you do as I do not pretend to speak for others) the Obama Derangement Syndrome is a little more virulent than the Obama Adoration Syndrome that you mention – but I am sure “some” won’t agree with that. Just proving my point.

Sorry about your butt hurt. Just an observation.

Just noting the general dumbing-down of the American people and it was a handy reference. So sorry if the shoe fit in your case.

Your post speaks for itself that you cannot discuss DST without insulting President Obama – that seems awfully dumbed down to me. So sorry that I pointed out the obvious in regards to the Obama Derangement Syndrome.

Arizona doesn’t use it. They haven’t noticed any loss of daylight.

With the heat over there, they’d notice pretty quickly too.

That’s because they borrow their sunlight from China.

It works, we use it and have learned it….yo

“especially since it’s estimated that the American economy loses $1.7 billion a year just from changing its clocks every March and November.” Where does that lost $1.7 billion end up at?

The chick in that pic is one of Bez’s roadies.

Uncles Sam regulates how our toilets flush, what food you can buy, & how much of your money it gets to take.

Why wouldn’t it think telling you what time it is, is within its purview? Do what you are told sheep. Your life is Uncle’s, not yours.

Most of the rest of the world just sets their clocks once and forgets them.