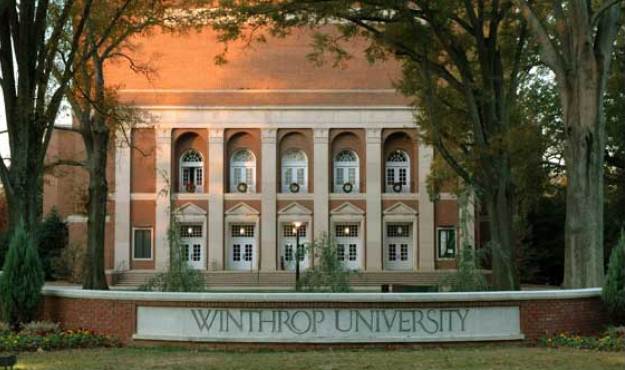 Poll Director Scott Huffmon provided context to how approval ratings should be interpreted. National figures like the president or Congress cannot be compared to statewide figures like the governor, legislature, or senators, he said. Evidence for the inability to compare can be found by examining the few people with no opinion at the national level compared to the larger number of those with no opinion in state offices. “The most relevant comparison for a statewide figure is their approval to disapproval,” Huffmon said.

For example, Tim Scott has a 38.8% approval rating among the general public, but it is most important to note that this is 10 points higher than his disapproval number, and a full 30.6% of the general population (some of whom are not registered to vote) have not formed an opinion on South Carolina’s newest senator.  To the degree that those with low exposure to the news get any political information at all, it is more likely to be about national political figures.

Additionally, the Winthrop Poll is designed to serve all of the citizens of South Carolina.  This service is a centerpiece to the mission of the poll. “Although many campaign professionals attempt to dismiss general population polls, instead favoring ‘likely voter’ polls only, we believe that the voices of ALL South Carolinians should be heard on a regular basis, not just the individuals who help get the bosses of those campaign professionals elected,” Huffmon said.

He will conduct likely voter polls closer to the election. “However, gauging the opinions of all South Carolinians will still be our priority, and general population polls will continue to make up the majority of our surveys,” Huffmon added.

This Winthrop Poll, which is partially underwritten by the John C. West Forum, contains a significant number of social questions relevant to all South Carolinians, such as opinions on women bearing children out of wedlock, interracial marriage, marijuana, minority support programs and Tea Party acceptance.

For additional information on methodology, see this link.

Among the Winthrop Poll findings:

T1 Do you approve or disapprove of the way Barack Obama is handling his job as President of the United States?

T2 Do you approve or disapprove of the way Congress is handling its job?

T3 In general, do you approve or disapprove of the job Republicans are doing in Congress?

T4 In general, do you approve or disapprove of the job Democrats are doing in Congress?

T5 Do you approve or disapprove of the way Nikki Haley is handling her job as Governor of South Carolina?

T6 Do you approve or disapprove of the way the South Carolina State Legislature is handling its job?

T7 Do you approve or disapprove of the way Lindsey Graham is handling his job as a United States Senator for South Carolina?

T8 Do you approve or disapprove of the way Tim Scott is handling his job as a United States Senator for South Carolina?

Is your view of this person/group very positive, somewhat positive, neutral, somewhat negative, or very negative?

T18 Thinking about the current path that our nation is taking, do you think our country is on the right track or headed in the wrong direction?

T20 What do you think is the most important problem facing the United States of America today? (four most frequent mentions)

T21 What do you think is the most important problem facing the State of South Carolina today? (four most frequent mentions)

T23 Right now, do you think that economic conditions in the country as a whole are getting better or getting worse?

T24 How would you rate the condition of the economy of South Carolina these days? Is it very good, fairly good, fairly bad, or very bad?

T25 Right now, do you think that economic conditions in South Carolina are getting better or getting worse?

T26 How would you rate your financial situation today? As excellent, good, only fair, or poor?

T27 Right now, do you think that your financial situation as a whole is getting better or getting worse?

NOTE ON THE FOLLOWING QUESTION:

In 2004, two economists (from the University of Chicago and MIT) conducted an experiment where they sent identical resumes to help wanted ads.  The only differences in the resume were whether they were from (fictitious) individuals who has an either “white” or “black” sounding name.  Overall, resumes with “white” names received 50% more call backs.

We were interested in discovering (1) if the general population of South Carolina would estimate that an individual who is eligible for welfare benefits should receive more, less, or about the same amount they are actually eligible for and (2) whether the amount the respondents felt the individual should get would differ if the hypothetical recipient had a “white” or “black” sounding name.

Using two of the same first names from the cited study, we conducted a survey-based experiment where approximately half heard the following question with the name “Lakisha Green” and the other half heard the question with the name “Emily Green.”  Whether a survey respondent heard one name or the other was completely random.  Further, survey interviewers were told to adopt one of several racially neutral names for themselves .

Here was the question:

T29 Now we’d like to get your opinion on how much in direct cash benefits a welfare recipient in a certain situation should get here in South Carolina.  I don’t mean food stamps or any other benefits, justdirect cash assistance.  This is sometimes known as Temporary Assistance to Needy Families or the Family Independence program in South Carolina.  Unless there are special circumstances, these benefits are limited to 60 months over an entire lifetime.

Lakisha Green [note: half heard “Emily Green”] is a 24-year-old single mother with children who are ages 5 and 3.  She works an average of 20 hours a week at minimum wage.  How much money in cash assistance PER MONTH, if any, do you think she should be eligible for?

There is no statistical difference between respondents who heard the Lakisha versus Emily versions.

According to the South Carolina Multi-Agency Partnership Portal https://scmapp.sc.gov/EA/GettingStarted.aspx using a profile created to match the parameters described in the question and an assumption of low housing costs ($250/month in housing costs and $50 in utilities plus no other income), the individual described in the question would be eligible for up to $216 in TANF/Family Independence each month (up to the 60 month lifetime limit…excluding special circumstances).  This does not include any food benefits (e.g. SNAP) she may be eligible for.

T30 I’m going to read a couple of things that some people do.  For each, thinking about your own values and morals, I’d like you to tell me whether you think it is acceptable or unacceptable.

The first is having a child without being married. Is that acceptable or unacceptable?

T31 The next is marriages between blacks and whites.  Is that acceptable or unacceptable?

T32 The next is adults smoking marijuana.  Is that acceptable or unacceptable?

T33 Do you support or oppose programs which make special efforts to help blacks and minorities get ahead as a way of making up for past discrimination?

T34 Do you think blacks and other minorities should or should not receive preference in college admissions to make up for past inequalities?

T36 Would you consider yourself a MEMBER of the Tea Party Movement?