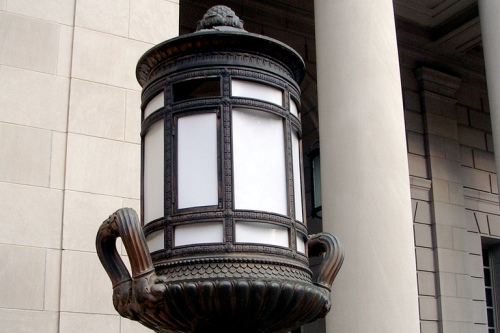 Of the fifty states who gave bar exams in July 2013, only twelve have not posted their results. South Carolina is one of those states. New York and California are always the last two states to post – but on their judicial websites they indicate results will be posted no later than November 1, 2013. Nevada, Georgia and Virginia, meanwhile, have stated that their results will be posted next week.

Wyoming? It changed its format and gets a break. Meanwhile Michigan has one of the toughest bar exams and is always late.

One online pundit wrote there are more bison in South Dakota than law students and they have no excuse.

So that leaves South Carolina, Massachusetts and Maryland.

Why is South Carolina’s Supreme Court so secretive and so late with the July 2013 bar exam results?

The South Carolina Supreme Court determines who passes the bar and who does not. How the court makes that decision is a secret. As we learned with the 2007 Bar Exam scandal, it’s Jean Toal and her clerk Daniel Shearouse who make the decisions – and then inform the other four justices.

Inquiring minds want to know: When will the bar exam results be released?

We Agree With Michael Bloomberg On Something

I think they oughta just cancel the thing for three or four years, God know we have enough freaking lawyer running around.

Or at least limit the number of people passing to the BLS estimates of how many legal jobs will be created in SC per year.

And Texas…you left out Texas.

In any event, aren’t they normally posted on Halloween weekend?

Yes. Or the last week in October. I believe they are coming out next Friday.

They have ALWAYS come out late, around Halloween. Sorry to ruin your little conspiracy theory. And no, the Supreme Court does not decide who passes the bar exam. There are real live people who draft the questions and then grade them anonymously. Where do you people come up with this shit?

Does Triple H standfor Triple High? The Bar Exam committee only makes RECOMMENDATIONS on who is to pass and who is not. Toal can do as she damn well pleases as she has shown in the past.

The truth is sort of in the middle. A committee writes and grades the exam. The Supreme court can invalidate portions of the exam if they deem them to have been “inappropriate”. They can also adjust the “passing score” up or down to meet whatever target goal they desire.

Or they can just throw out sections of the exam if that’s what it takes to get certain people admitted. But THH is right, the questions are not drafted or graded by the justices.

The Supreme Court can also deny someone who passed the test on “character and fitness” if the person has been convicted of a crime involving dishonesty or has other skeletons in the closet.

Wrong again. You can’t sit for the bar if you can’t pass the character and fitness requirement. Have you taken the Bar exam?

Yes, you can, and yes, I have. Look at Rule 402(e) of the appellate rules carefully. The Committee on Character and Fitness can, and has, failed to notify applicants of their determinations prior to the exam dates and they are specifically imbued with the authority to make a character and fitness determination after the examination has been completed by an applicant. It does not happen that often but it does happen.

Jesus “Come on man” how could you EVER make me agree with BigT – damn you – but BigT is right, they can review your character and fitness standard anytime before you are admitted – which can include AFTER you have taken the exam, or even passed it.

Have YOU taken the bar exam?! I took the New York AND New Jersey exams in July 2013 and I haven’t even started the character and fitness application for New York.

The editorial standards are rather lax here.

Don’t have a wagon, peckerhead

They’re never posted this early in SC. So, I’ll tell you what every young law school grad has been told since the dawn of time, “Don’t worry about it, I’m sure you did fine!”

We do have enough lawyers but Toal is still building her Queendom!

The bar results are always posted the last Friday in October at 4:00pm… For this year, that means that they will be posted on October 25. Similarly, the February results are posted the last Friday in April. As for the selection process, the essays can be fudged a bit, but the MBE is graded by the NCBEX, which provides the test and the answer key. That part cannot be changed, except for (possibly) the Court could change their acceptable score

The SC Bar has three essay sections, most states only have two. The added time necessary to grade a third essay explains the difference between the posting dates here and in other jurisdictions. Additionally, they are usually posted the last week of October. This entire “article” is predicated on uninformed supposition.

That’s just not even close to correct. The SC Bar exam has two days of essays. If I remember correctly, there were six total essay sections. In addition, there is a day of the Multi-state, which is multiple choice. I believe this is just another one of those things that SC has always done and always will do. Results are always posted on the last Friday in October.
Comments on Jean Toal controlling the results are not worth responding to.

I was a July taker – we did indeed have six essays over two days. The People In Charge said consistently that we could expect results at the END of October. I took that to mean the last week in October, and given that they’re posted on a Friday… last Friday in October. (Stand back, my powers of deduction are staggering.)

It would have been nice if they’d just said “Results will be posted the last Friday in October.” No reason to be all cryptic.

I’ll have a Pink Squirrel in a coconut shell with one of those little umbrella things made out of bamboo… on fire.

Where does it say that NY results will be posted November 1?

The ones who are most concerned are the strip mall owners who rely on these results to prepare for office rentals.

We’ve got more lawyers than janitors and they make about the same.

That’s not true. I know a few attorneys who’ve been out of school for 3 or 4 years now and are creeping up on $30k…

This is such an old joke. No one believes there is a law school in charleston. Stop the tease. Ha ha. Joke over. Not funny.

What judicial websites? CA is scheduled to be release 11/22 and NY historically come Nov. 2 or later

Umm you seem to be forgetting TX, RI, NJ, AK, ND (unless you know something I don’t)…. plus OH and GA (which are reportedly coming out on 10/25)