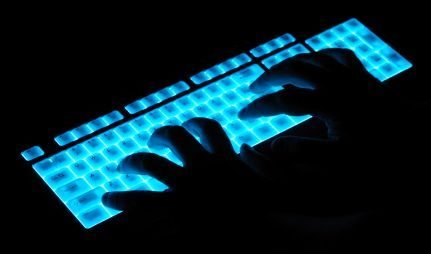 S.C. Gov. Nikki Haley ripped into her presumed Democratic opponent this week after an employee he recommended for a job pleaded guilty to stealing confidential Medicare and Medicaid records from the S.C. Department of Health and Human Services (SCDHHS).

Chris Lykes – who received a letter of recommendation from Sheheen six months prior to his arrest – was busted last year absconding with the personal data of nearly a quarter million beneficiaries.

According to our sources Sheheen wrote the letter on behalf of Lykes at the urging of S.C. Sen. Darrell Jackson (D-Richland) – who was in business with Lykes and who stood to profit handsomely from this theft.

“While political ambulance chaser Vince Sheheen is always quick to point fingers and cast blame, he isn’t willing to show any humility and accept responsibility for furthering the state government career of a man who stole personal information from hundreds of thousands of our citizens,” Haley spokesman Rob Godfrey said. “In recommending a criminal hacker, Vince Sheheen reminded everyone of who he is – a career politician looking out for his friends, no matter the cost, and that’s not what South Carolinians deserve in their leaders.”

As we’ve noted previously, Haley is employing a “him too” strategy against Sheheen on this issue.

How come? Because her administration presided over the largest state-level security breach in American history – the massive #SCHacked scandal at the S.C. Department of Revenue (SCDOR).

Beginning last August Haley’s administration coughed up 3.8 million Social Security numbers, 3.3 million bank account numbers, tax info for more than 650,000 businesses and nearly 400,000 credit and debit card numbers to as-yet-unidentified hackers. Haley’s agency never even knew it had been hit – in fact it wasn’t until mid-October that federal law enforcement officials informed the state its system had been compromised.

That’s when things went from bad to worse …

Haley initially claimed that “there wasn’t anything where anyone in state government could have done anything” to stop the breach – and that the Palmetto State used “industry standard” data security methods. Both of those claims turned out to be completely false. Haley has also taken heat for a controversial no-bid contract her administration awarded to credit monitoring firm Experian.

Accordingly, Sheheen’s campaign did not take Haley’s broadside lying down.

“The Haley campaign’s desperate attacks just get more ridiculous,” Sheheen spokesman Andrew Whalen said. “Only Nikki Haley would try to paint yet another failure under her watch as someone else’s fault. Today’s comments are especially ridiculous given that we are just days away from the one-year anniversary of Nikki Haley’s decision to keep 3.7 million people in the dark after their personal information was hacked and stolen out from under her nose. If Governor Haley’s attempts to smear others were any more baseless, they’d be just about as pathetic as her record of economic failure for the people of South Carolina.”