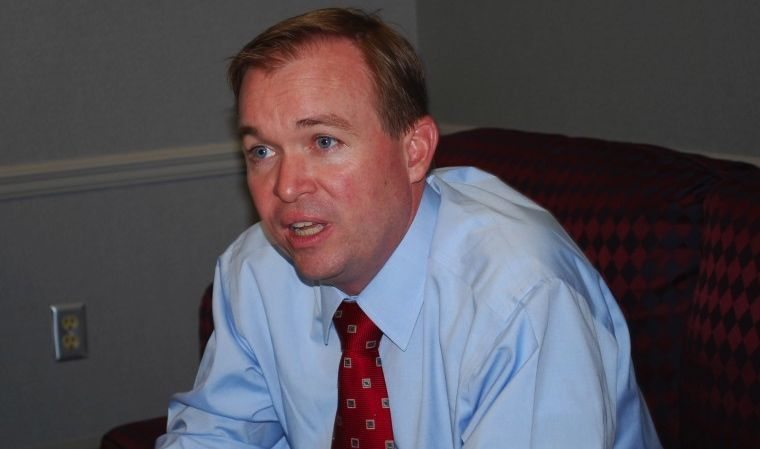 Unlike several of his colleagues in the South Carolina congressional delegation, U.S. Rep. Mick Mulvaney is not a guaranteed “no” vote against American military intervention in the Syrian civil war.

We find that surprising (and a little bit disappointing) given the disputed intelligence, reservations expressed by our military leaders, lack of support from our allies, the terrorists we’d be fighting with  … oh, and the total absence of a compelling national interest in the outcome of the conflict.

But Mulvaney is a thoughtful guy, so it doesn’t surprise us he’s going through this vote point-by-point. In fact we’ve obtained an email circulated by Mulvaney to roughly three dozen of his GOP colleagues in the U.S. House outlining his concerns with the Syrian intervention.

Mulvaney’s first reason for leaning against supporting military action in Syria? The lack of international support for the enforcement of a prohibition against the use of chemical weapons.

“International law is supposed to be ‘international,'” Mulvaney wrote in his email. “When the world got together to declare that chemical weapons were in fact a different and unacceptable form of warfare … it did so with as close as a unified voice as you could probably get in the early 20th century. ALL the major powers agreed. Do we have that today? The Chinese clearly do not think this is against the law. Nor do the Russians. More critically, perhaps, neither do the British apparently. The French say the right things, but have already tipped their hands that they are willing to go soft as well. So I ask, is it really international law if it is just the U.S. who says that it is?”

Mulvaney’s email – which has reportedly thrown the GOP leadership in the House (as well as the White House war room) in a tizzy – makes another critical point. Specifically, it asks whether the same drumbeat for war would be underway in the event a stronger nation – or one of America’s allies – had engaged in the same sort of attack.

“Would we be having this same conversation if China had gassed its own people?” Mulvaney asks. “What about South Africa? Germany? A rhetorical question, for sure, but I think it proves a point: if we are NOT willing to consider cruise missile attacks on Beijing if they use gas on their own people — but we ARE in Syria — are we setting up an international system where there is one law for the poor, weak nations, and another for rich, strong ones? Is that acceptable?”

As we’ve noted on numerous prior occasions we have very strong feelings against American engagement in this conflict. Not only can America not afford it financially, but more importantly we cannot afford to incite anti-American extremism around the globe – at least not without a compelling reason to do so.

We hope Mulvaney eventually sees it that way, but however he votes it is refreshing to see a member of the U.S. Congress intelligently thinking through a major vote – and challenging his colleagues – as opposed to blindly doing as he is told.