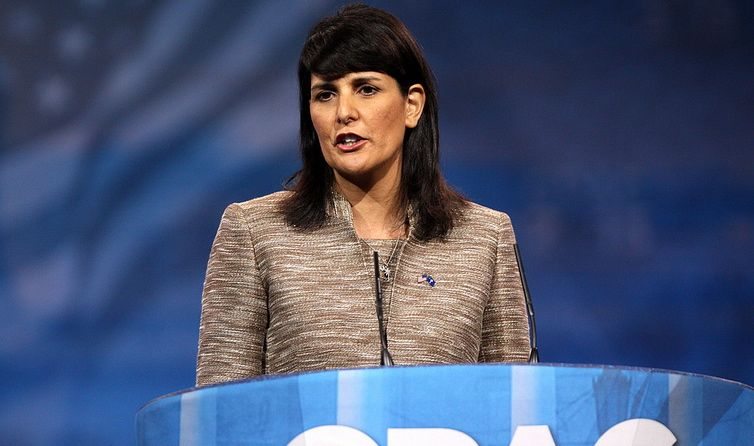 No, no, no, no and no. Haley’s getting national love for locking herself out of her house wearing nothing but a bathrobe. Because as her Facebook legions have noted ad nauseam, doing so proves she is “human” and “normal.”

“Nikki Haley proving she’s just like any other mom, admitting on her Facebook page Wednesday that her morning got off to a little bit of a rough start,” one of the hosts of The Today Show noted.

That wasn’t the extent of the coverage, either. The program’s hosts went back to the well again later – with one remarking “well she obviously didn’t have to jimmy the lock like the rest of us.”

The Today Show isn’t the only national news outlet picking up the robe story. The New York Daily News has a big article up, highlighting how “hundreds have thanked Haley for being so ‘human.'”

“She might live in a historic southern mansion, but South Carolina’s Gov. Nikki Haley wants people to know that inside, she’s really just your average mom,” the story begins.

Sadly, the governor’s big nepotism scandal from last summer didn’t make the “total Mom moment” list. Nor did that time she lied about her daughter winning a beauty pageant.