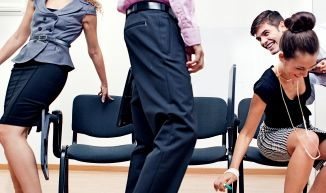 S.C. Gov. Nikki Haley tapped her chief of staff Bryan Stirling to head up the state’s prison system this week – a move that was immediately rebuked by Democrats.

“We’ve seen the pattern of incompetence and culture of secrecy that comes from having Governor Haley’s team of political appointees in cabinet and cabinet-level positions – it has not been good for the people of South Carolina,” S.C. Democratic party chairman Jamie Harrison said. “It’s time to return our state agencies to those with professional expertise in the field so that we can get the state back on track again.”

Stirling – who served as Haley’s chief of staff for less than a year – replaces S.C. Department of Corrections (SCDOC) director Bill Byars, who has had serious chronic health issues ever since he accepted the job in 2011.

Haley did not say who would replace Stirling as her chief of staff.

Stirling has no experience in the correctional field, although his selection was praised by “news columnist” John Monk of The (Columbia, S.C.) State newspaper.

“Stirling, who lives in Columbia, has plenty of experience for his new post,” Monk wrote. “The Boston native graduated from the University of South Carolina and is a 1996 USC Law School graduate. He was a deputy attorney general under both attorneys general Henry McMaster and Alan Wilson. Stirling’s legal experience includes both civil and criminal work as well as private practice.”

Congrats to those who said "@nikkihaley's office runs so well, we ought to put that same fella in charge of hardened criminals…"@fitsnews