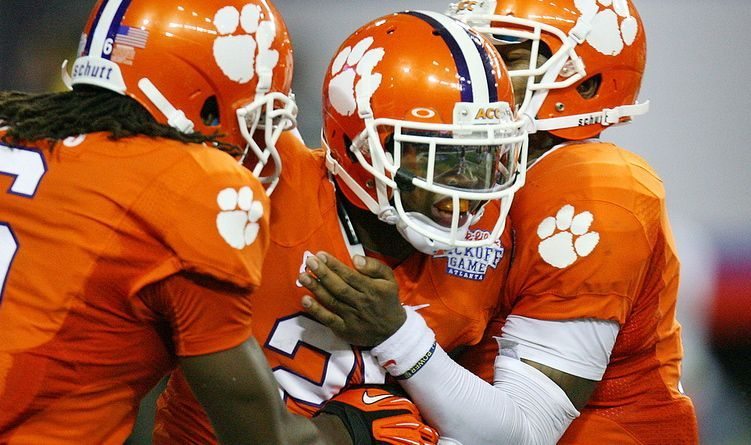 A Clemson, S.C. city police officer has been accused of handing over a purse containing more than $150,000 in cash and checks to Clemson University running back Roderick McDowell following a May 2012 traffic stop involving one of McDowell’s acquaintances.

The purse – which belonged to Anderson, S.C. car dealer Toni Waddell – later went missing from McDowell’s possession, prompting Waddell to file a lawsuit against the City of Clemson for negligence in handling her property.

The drama began in the early morning hours of May 19, 2012 when Waddell’s 24-year-old son – who met McDowell the day before at his mother’s car lot – drove into Clemson in his mother’s 2007 Maserati Quattroporte. Unbeknownst to him, beneath the driver’s side seat of the car was a white knockoff Dolce and Gabbana purse belonging to his mother which contained cash and checks from her car dealership.

When Waddell’s son was arrested on a “careless driving” charge by Clemson police officers at 1:30 a.m. that morning, the purse began its fateful journey into the unknown.

According to Waddell’s lawsuit – filed in the S.C. thirteenth judicial circuit last September – Clemson, S.C. police officer John Brown “removed a purse from the car that belong to (Waddell).”

“Instead of keeping the purse and taking (it) back to the police station, Officer Brown handed the purse to Roderick McDowell, a running back for the Clemson Football team, who was standing near the vehicle and was a friend of (Waddell’s) son,” the narrative goes, according to court papers obtained exclusively by FITS.

“Mr. McDowell, who took possession of the purse now claims that it was stolen from his possession,” the lawsuit continues. “The purse at the time of Officer Brown’s decision to give it to Mr. McDowell … contained over $150,000 in cash and checks. The checks have been replaced but the cash has been lost.”

James Lindsey Jr., a friend of McDowell’s, confirmed this account in a statement provided to the Clemson police department.

“Another officer, a black man, pulled up and I saw him take the purse out of the car,” Lindsey told police. “I saw him give the purse to Rod.”

Lindsey later added “we didn’t know that there was a lot of money in the purse.”

McDowell also confirms receiving the purse from the Clemson cop. 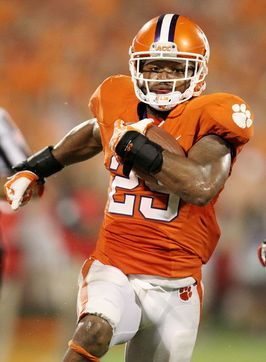 “The black officer approached me and said, do you  know his mother and I said ‘I know of her’ and he asked me if I would give the purse to her,” McDowell told police. “I said yes and took the purse.”

The next morning McDowell says he called Waddell in an effort to return the purse to her.

“I told her that her purse was in the car but when I got to the car I saw that the purse was gone,” McDowell said, acknowledging he and his friend left the vehicle unlocked.

Waddell referred all calls about the incident to her attorney, Brian Arnold – who did not immediately respond to our request for comment. However FITS has obtained a three-page letter submitted by Waddell to another media outlet in which she recalls her interaction with McDowell.

“I told him ‘my life is in that car, I’ve got to get that car back or I’m going to lose everything,'” Waddell said, according to the letter.

Waddell says McDowell didn’t tell her he had been given the purse until it was already gone.

“Not once did he allude to the fact that he had my purse and its contents,” she said in the letter.

Clemson police chief Jimmy Dixon confirmed to FITS that an incident involving McDowell took place in May 2012, however he referred comment regarding the matter to Anderson, S.C. attorney James D. Jolley – who did not respond to our request for comment.

FITS has forwarded copies of the court filings to Clemson University, but have yet to receive a comment from them regarding the matter.

McDowell – a 5-foot-9, 195-pound senior tailback from Sumter, S.C. – had the game of his career last weekend in Clemson’s 38-35 victory over then-No. 5 Georgia, rushing for 132 yards on 22 carries against the Bulldogs. Last season McDowell ran for 450 yards on 83 carries as a backup to All-ACC performer Andre Ellington.

To view the court filings, statements and other documents referenced in this report, click on the links below …