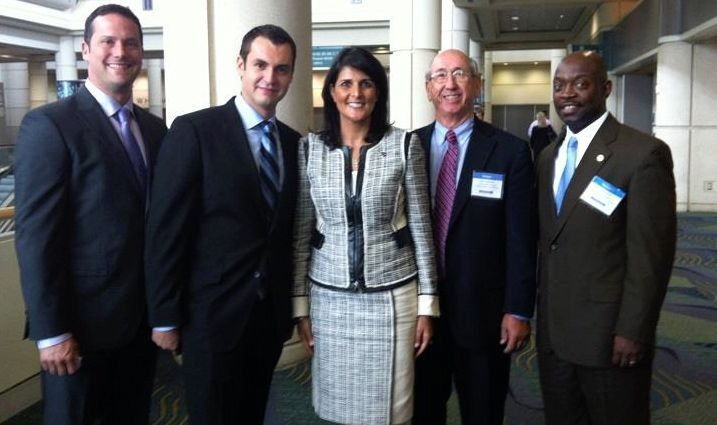 Additional details are emerging in a major economic development scandal involving S.C. Gov. Nikki Haley and her Department of Commerce.

Late yesterday, FITS exclusively reported on Haley’s politically motivated intervention in the deal to bring 500 mostly low-paying television manufacturing jobs to South Carolina. The long and short of this story? Haley and her administration are accused of abusing the state’s taxpayer-funded incentive process to convince this company – Element Electronics – to choose Fairfield County over Sumter County, which is where it originally intended to locate.

Why would Haley do that? So she could claim to have brought jobs to “every South Carolina county” when she formally announces her bid for reelection on Monday.

That may be good for Haley (all other economic indicators to the contrary) but leaders in Sumter – which is now out of 500 new jobs – are livid.

“Sumter is raging right now,” a source familiar with the situation tells FITS.

“Sumter folks originated the deal and then passed it over to Commerce – then politics took over,” the source adds. “This deal could have been done by Sumter but they chose to be team players. Haley and Commerce hijacked it as soon as they got the details.”

In addition to creating a potential political headache for Haley (there are four times as many votes in Sumter than there are in Fairfield), sources tell FITS that her Commerce Department’s intervention in the deal could create serious problems for the state moving forward.

There are also serious questions being raised regarding the taxpayer-funded incentives shelled out in relation to this project – and whether South Carolina was forced to pay more money to land this project as a result of Haley’s political meddling.

“The implication of this is the locals will now say ‘screw Commerce’ and go off on their own,” one source told us. “It’s going to be forty-six counties playing a game of ‘Monopoly.’ Every local economic development board is watching this deal.”

There are also serious questions being raised regarding the taxpayer-funded incentives shelled out in relation to this project – and whether South Carolina was forced to pay more money to land this project as a result of Haley’s political meddling.

As we’ve stated on numerous occasions, we do not believe government should have any role in “economic development” – other than keeping taxes low for all citizens and businesses. Corporate cronyism is fundamentally wrong – and creates a higher tax burden for everyone who isn’t getting a handout.

The process of picking winners and losers in the marketplace is also infinitely corruptible – as this saga demonstrates.

Defense Lawyers: SLED Not Being Honest