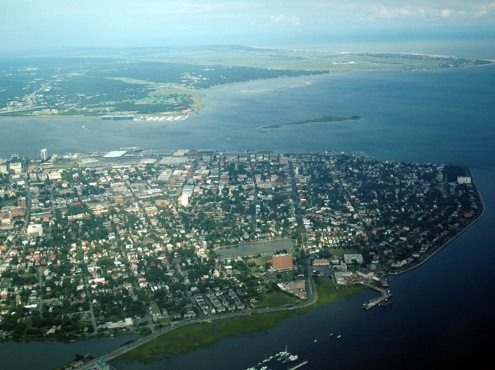 A pair of Holy City politicians are making calls in an effort to line up support for future mayoral bids, sources tell FITS.

Stavrinakis is a fourth-term lawmaker who captured a GOP district in 2006 – and has held the seat every since. He has previously flirted with bids for higher office – including governor.

Stavrinakis declined to comment on the reports, saying he was focused on his 2014 reelection campaign for the S.C. House of Representatives.

Condon is a fiscally liberal councilwoman first elected in 2005. Last year she was busted – but never held accountable – for failing to file several years worth of require financial disclosure information.

Oh … she also came out of the closet earlier this year after we published this report.

By the time he leaves office in January 2016, Riley will have served forty years as Charleston’s mayor – the seventh-longest tenure of any mayor in American history.

When Does Nikki Haley Not Hate Barack Obama?