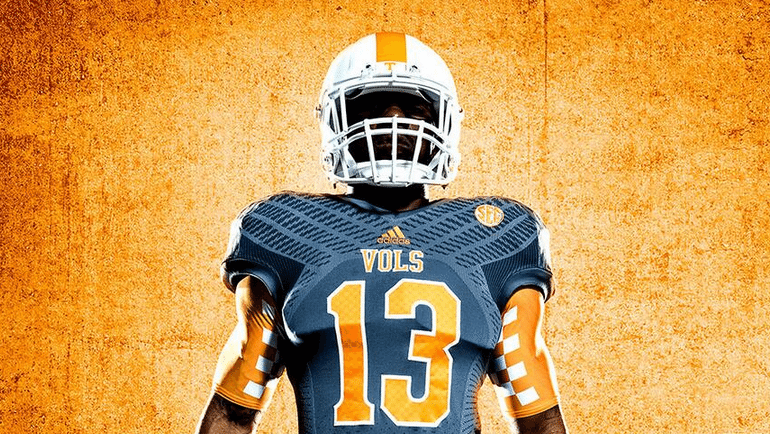 The University of Tennessee is hoping to revive its football fortunes in style this year … sporting new “smokey” alternate uniforms for home games.

Unveiled this week, the new Volunteer duds are the latest TechFit jerseys from athletic apparel manufacturer Adidas – which has been outfitting the Volunteers for years.

“Everything is about our great pride and traditions here at the University of Tennessee,” first year Tennessee head coach Butch Jones told VolQuest.com. “We truly respect those traditions, but it’s also building upon those traditions. Before anything can be a tradition, it has to have a beginning to it. Just like the Vol Navy, just like the Vol Walk, just like the ‘Power T.’ So when we looked at it, it was how can we continue to move forward. As you know, in the world of recruiting this is the world we live in.”

No offense to Jones, but he might want to work on things like blocking and tackling before starting any new fashion traditions. Once a national powerhouse, the Volunteers have posted a 28-34 record over the last five years – including just one winning season (a 7-6 campaign under former head coach Lane Kiffin in 2009).

Anyway, here’s another look at the new jerseys, courtesy of UTSports.com … 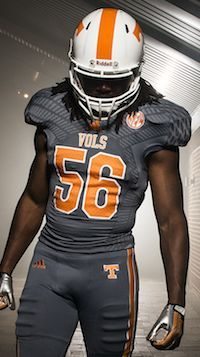 Tennessee has had some success wearing alternate jerseys in recent years – including a 2009 victory over South Carolina in which the Volunteers wore black uniforms on Halloween.

The Gamecocks? They wore “battle grey” jerseys by Under Armor on the road against LSU last year … and lost.