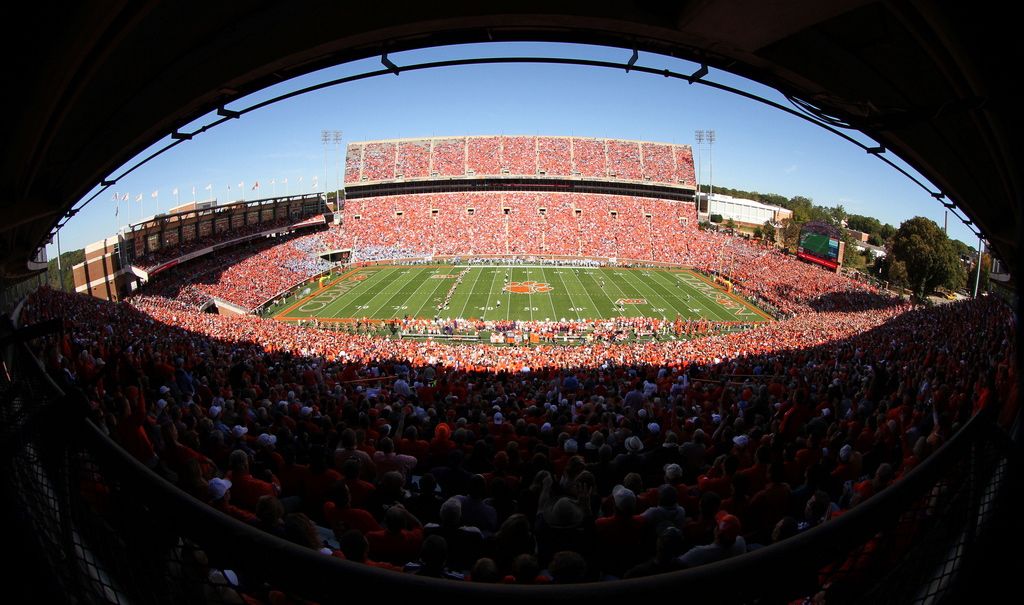 Swinney singled out a pair of Georgia recruits – Tyshon Dye and Wayne Gallman – in assessing his team’s performance. Dye, who is officially listed at 6-foot-1, 205 pounds, drew rave reviews after beating three of the Tigers’ best defenders for a touchdown during an isolation exercise known as the “Paw Drill.”

“He’s been outstanding,” Swinney said of Dye. “He’s a big, strong, almost-220-pound back. We haven’t had one of those guys in awhile around here, and he’s been really good, he and Wayne Gallman.”

“We hit a home run with both of those guys,” Swinney added. “Gallman is 200 pounds and looks skinny. He’ll be 220 by this time next year, and he’s violent, fast and smart. Tyshon is already a brick house, so he’s just going to get better. Both of those guys have really good football IQs and are very coachable, so we’re really excited about those two guys.”

Dye and Gallman will get their first whiff of collegiate action on August 31 when Clemson hosts No. 5 Georgia – a team which boasts one of the nation’s most feared running back tandems. Todd Gurley and Keith Marshall combined for 2,144 rushing yards and 25 touchdowns a year ago as freshmen – leading the Bulldogs to their second straight SEC East championship.

Clemson already has one of the most potent passing attacks in the nation – led by Heisman Trophy candidate Tajh Boyd. If it can add a bruising ground game to the mix? Watch out …

Johnny Football: “No Plan B?”