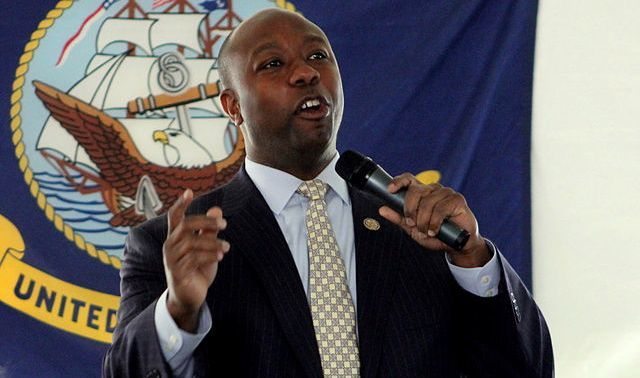 U.S. Sen. Tim Scott (R-S.C.) has been impressing us with his votes in Washington, D.C. over the last few months. So far, he’s upheld the principled brand of free market, pro-liberty conservatism advanced by his predecessor – Heritage Foundation president Jim DeMint.

Which is good … and a stark contrast to the big-spending, liberty-hating, war-mongering “neoconservatism” of South Carolina’s other United States Senator, Lindsey Graham.

Anyway … while Scott has attracted our attention with his solid record, he’s attracted the attention of The Hill – a D.C. insider rag – for another reason. According to the publication, Scott is the 35th “most beautiful” person on Capitol Hill.

Oh … and he also has a new girlfriend.

Scott has previously been linked to Charleston, S.C. lingerie store owner Zee Patel, although that relationship reportedly ended prior to his appointment to the Senate. The 47-year-old bachelor is notoriously tight-lipped about his love life.

No. 1 on The Hill‘s “most beautiful” list? U.S. Sen. Jeff Flake (R-Arizona). Frankly that selection – like the vast majority of this year’s winners – was a bit underwhelming.

Rick Santorum Wants Fries With That