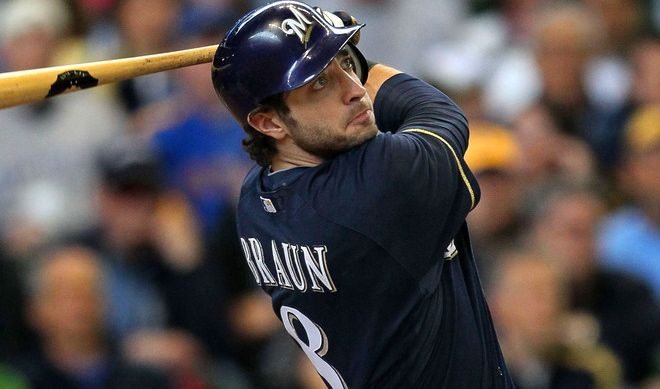 Milwaukee Brewers’ outfielder Ryan Braun has been suspended for the duration of the 2013 major league baseball season for his involvement in the Biogenesis drug scandal.

“As I have acknowledged in the past, I am not perfect,” Braun said in a statement. “I realize now that I have made some mistakes. I am willing to accept the consequences of those actions.”

Braun’s 65-game suspension will cost him $3.85 million of his $9.61 million salary this year. It’s also the first of several suspensions likely to drop related to the Biogenesis lab – a Miami, Florida-based clinic which allegedly sold performance enhancing drugs to as many as twenty major league players (including New York Yankees’ star Alex Rodriguez).

Among these drugs? Human growth hormone (HGH), which as its name suggests stimulates cell reproduction and growth in humans and other animals.

The 2011 National League MVP, Braun is one of the most feared sluggers in the game – a rare talent who hits for power and average at the plate and who has speed on the base paths as well. For those reasons, he was the number one pick in numerous fantasy baseball leagues heading into the current season. According to CBS Sportsline, Braun was the top ranked fantasy player heading into 2013.

Braun hit 41 homers and drove in 112 runs last year – all while hitting .319 and swiping 30 bases. At the time of his suspension he was hitting .297 with nine homers, 38 runs batted in and four steals – well below his historic highs.

All those numbers are tainted now, though … like the home run records of steroid user Barry Bonds.