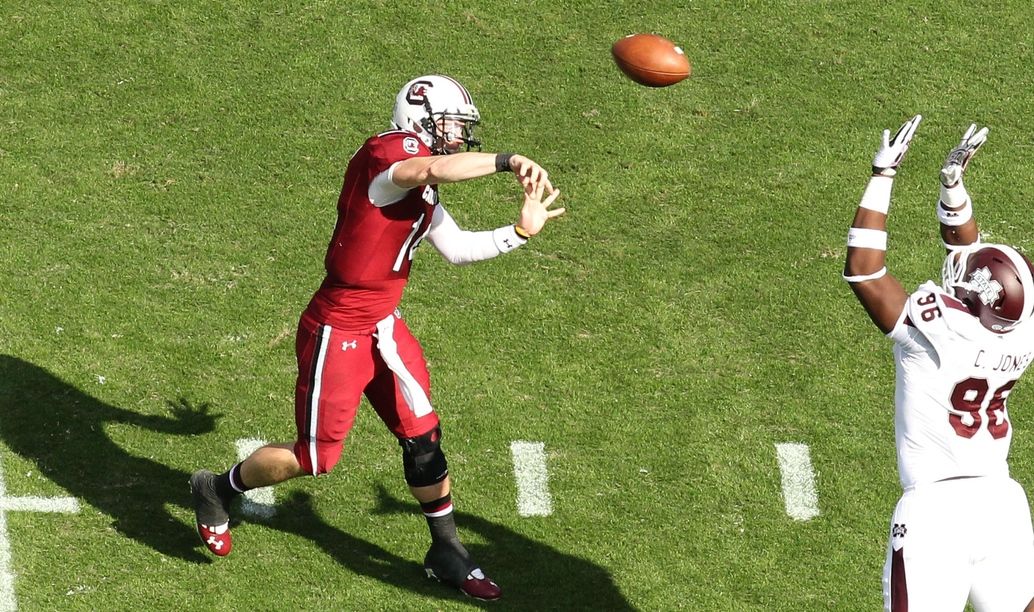 COLUMBIA, S.C. (November 4, 2013) – University of South Carolina senior quarterback Connor Shaw has been selected as one of 16 semifinalists for the 2013 Davey O’Brien National Quarterback Award, it was announced today.

Shaw, a 6-1, 209-pound senior from Flowery Branch, Ga., has completed 62.9 percent (122-for-194) of his passes this season for 1,655 yards with 18 touchdowns and just one interception. His quarterback efficiency rating of 164.13 ranks 11th in the country. In addition, he is the Gamecocks’ second-leading rusher with 375 yards on the ground and three touchdowns.

Shaw is 23-5 as the Gamecocks’ starting quarterback, just one win shy of Todd Ellis’s school record of 24 career wins. He is a perfect 14-0 as a starter at Williams-Brice Stadium. Shaw is the school’s career leader in passing completion at 65.6 percent, is second in touchdown passes with 50, is fourth in total offense with 6,782 yards, is seventh in career passing yards with 5,282, and is the only player in Carolina history to throw for more than 5,000 yards and rush for 1,000 yards.

Narrowed down from the starting quarterbacks from all 125 NCAA Division I Football Bowl Subdivision schools, semifinalists were selected by the Davey O’Brien National Selection Committee, with the Fan Vote accounting for five percent of the total vote. The committee was asked to consider the following criteria: quarterback skills, athletic ability, academics, character, leadership and sportsmanship.

VCU Coach: Fired For Being Gay?

He seems to be a brave soul who doesn’t let the attention get to his head. At least that’s the public persona I see. Don’t know what those close in really think. He is a tough kid, for sure.

I wish him luck.

Connor “Iron Man” Shaw – the quarterback that “takes a lickin and keeps on tickin”!
GO COCKS!

There’s a bunch of great quarterbacks out there this year, but glad to see amongst the competition that he’s still there. Keep up the good work, Shaw.

Dan Reeves is still the best quarterback in gamecock history…