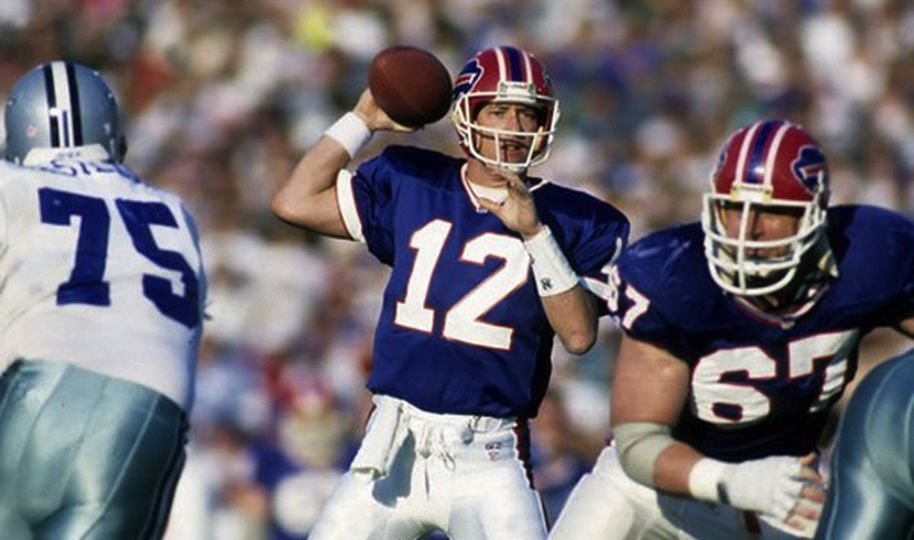 National Football League Hall of Fame quarterback Jim Kelly has been diagnosed with jaw cancer and will undergo surgery later this week.

Kelly, 53, played eleven seasons with with Buffalo Bills from 1986-1996 – guiding the franchise to four consecutive American Football Conference championships from 1990-93. In fact he is the only quarterback in NFL history to lead his team to four straight Super Bowls.

The only problem? The Bills lost all four of those Super Bowls. In fact with the exception of Super Bowl XXV, in which kicker Scott Norwood’s potential game winning field goal sailed wide right with eight seconds left, the Bills were blown out on football’s biggest stage – losing 37-24 to the Washington Redskins (XXVI), 52-17 to the Dallas Cowboys (XXVII) and 30-13 to the Cowboys again (XXVIII).

Despite coming up short in the postseason, Kelly is still revered as one of the greatest signal callers ever to play the game  – racking up 35,467 yards and 237 touchdowns (both Buffalo franchise records).

“I am extremely confident in my road to recovery,” Kelly said of his upcoming surgery. “I plan to tackle this challenge head on, as we Kellys always do, with toughness perseverance and faith.”

We wish Jim Kelly the best … his team may have lost some big games, but he’s always been a winner in our book.

“The Hand” Talks To Michael Jackson?

Jadeveon Clowney Got Dressed Up