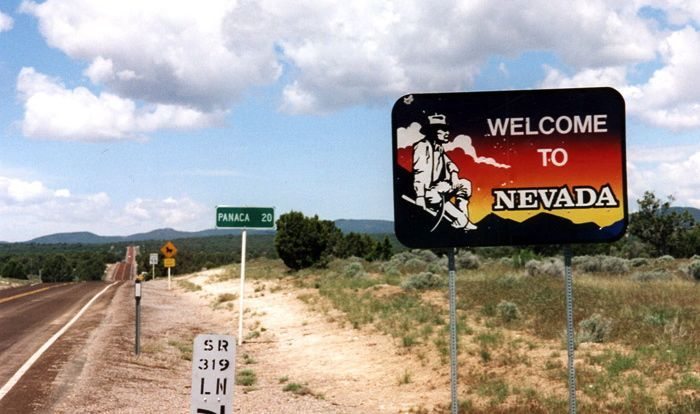 Two major victories for drug de-criminalization and public health, which go hand-in-hand, were recently scored in Nevada. The state’s medical marijuana law, first passed in 1998, required the legislature to create mechanisms for dispensing the drug to patients, and that has finally occurred. Nevada’s Republican governor, Brian Sandoval, signed into law Senate Bill 374, which will establish a state-regulated system of dispensaries, with at least one in each county.

Nevada joins Arizona, Colorado, Maine, New Jersey, New Mexico, and Rhode Island on the list of states that have state-regulated medical marijuana dispensaries. As reported by StopTheDrugWar.org, an organization dedicated to raising awareness of the consequences of prohibition, the bill creates rules and regulations not only for dispensaries, but also for infused product manufacturers and cultivation and testing facilities. Additionally, it imposes 2% excise taxes on both wholesale and retail sales, with 75 percent of revenues going to state education funding and 25 percent going to cover the cost of regulating the medical marijuana industry.

I have advocated for the decriminalization of marijuana on the grounds that policing it has been shown to be biased, wasteful, and ineffective. Arrests for simple possession of marijuana are continuing despite the fact that 18 states now allow for medicinal marijuana use and 13 states have passed or expanded laws decriminalizing marijuana use in recent years, most recently Colorado and Washington State, which made it legal to smoke marijuana recreationally – without a prescription or medical excuse.

But public health is another valid reason for the decriminalization of this drug. There are multiple accepted medical uses for marijuana: relief from the side effects of chemotherapy such as nausea and reduced appetite, chronic pain, and palliative care in cancer and HIV patients, to name a few. Federal law has not kept pace with science in this area, as marijuana is still designated a Schedule I drug under the Controlled Substances Act. Federal enforcement efforts have been sporadic, but local enforcement in those states that have not legalized the drug has increased, in part due to federal programs that use arrest numbers to measure performance when distributing hundreds of millions of dollars to local law enforcement agencies annually.

In another step forward for public health, Sandoval also signed into law Senate Bill 410, which decriminalizes the possession of syringes by removing them from the state’s drug paraphernalia list. Nevada is now the 37th state to decriminalize syringe possession, which allows for the over-the-counter sale of needles, as well as clean needle exchange programs. Both are proven means of reducing the transmission of HIV, viral hepatitis, and other blood-borne infections, according to public health experts.

In fact, the Centers for Disease Control and Prevention (CDC) has said:

While some fear that such programs will increase drug use or contribute to general lawlessness, the overwhelming body of research indicates that the presence of Syringe Exchange Programs (SEPs) does not result in increased drug use or crime. On the contrary, SEPs increase the availability of drug treatment for both injection and non-injection drug users, and have been shown to decrease the rate of drug use.

And according to the World Health Organization, SEPs are a vital tool in curbing the spread of HIV among intravenous drug users.

Nevada’s leaders have seen the connection between the “war on drugs” and public health, and they have chosen the health of the people of their state over a failed law enforcement effort that has done nothing to stem the tide of drugs in the decades it has been in effect – and has actually stymied the efforts of public health officials in the meantime. Washington, DC, Vermont, Connecticut and Massachusetts are also in the process of creating local networks of state-regulated marijuana dispensaries, which will increase the number of local governments that are moving forward based on the science and humanity of decriminalizing certain drugs and paraphernalia for the greater good.