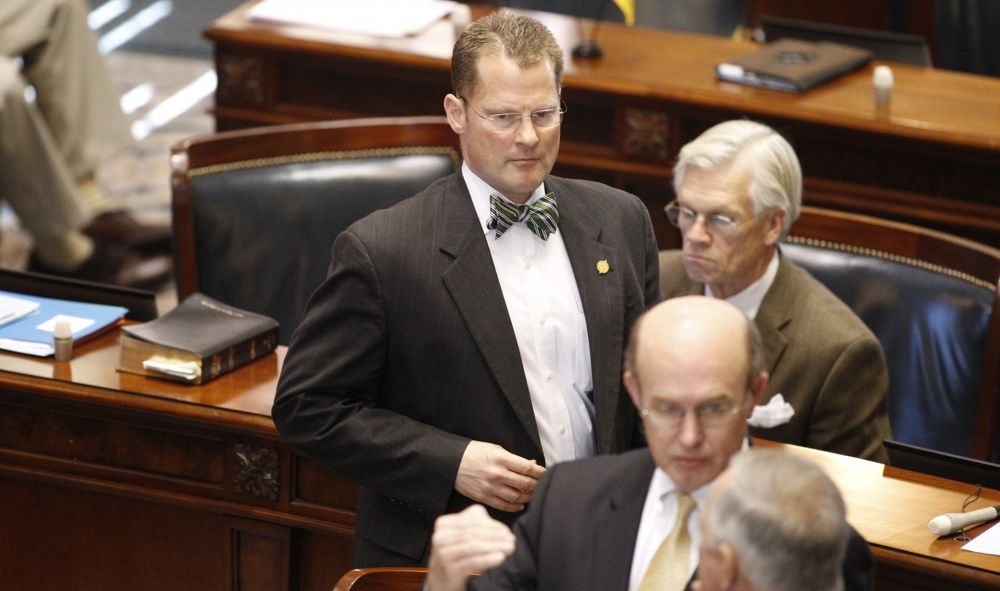 Earlier this week, we sent a text message to S.C. Sen. Kevin Bryant asking him for a quote on S.C. Gov. Nikki Haley’s latest round of totally underwhelming budget vetoes.

To recap, Haley vetoed less than one-half of one percent of the state’s $22.7 billion budget – the third year in a row she has failed miserably to use her veto pen on behalf of South Carolina taxpayers.

“Almost nobody in Columbia is willing to reign in this fiscal insanity – $620 million of debt (and nobody knows how much the interest and fees are going to be) and (Haley) only has vetoes totaling $100 million?” he texted us back.

Bryant was just getting warmed up …

“God’s Word says the ‘borrower is slave to the lender,’ and we have enslaved our children and future generations with more debt,” he continued. “Instead of robbing Peter to pay Paul we are robbing Peter’s grandchildren to pay Paul.”

Bryant tells us lawmakers went to Haley and urged her to make specific cuts to the budget with her veto pen – including a $26 million appropriation for U.S. President Barack Obama’s signature education initiative, an expansion of the state’s failed government-run early childhood education programs.

“Some of us had asked her to veto Obamagarten,” he said, “and all we heard were crickets chirping.”

“She should’ve vetoed the whole line,” Bryant added, referring to the budget section containing the appropriation. “The LAC audit clearly shows that 4K does not work!”

Bryant wasn’t the only one who was shocked Haley failed to veto “Obamagarten.”

“I am disappointed that the $26 million for 4k was not vetoed,” S.C. Sen. Katrina Shealy (R-Lexington) told us. “This was a veto I certainly expected to be on the list when I opened my email last night. There is no proof that this investment works and this money could have a much better use or better yet be sent back to the taxpayers of South Carolina.”

Props to Bryant and Shealy … not only do they vote the right way, but like S.C. Sen. Tom Davis (R-Beaufort), they are not afraid to call out those who don’t.

In fact Bryant texted us that he can rail on unwise government borrowing and unnecessary taxpayer spending “until Siri is hoarse,” referring to the voice-activated assistant on his iPhone.

Be sure to charge that smart phone, Senator. This state’s taxpayers need you, Shealy, Davis and others to continue calling out the “Republicans” who are selling them (and their future generations) down the river …