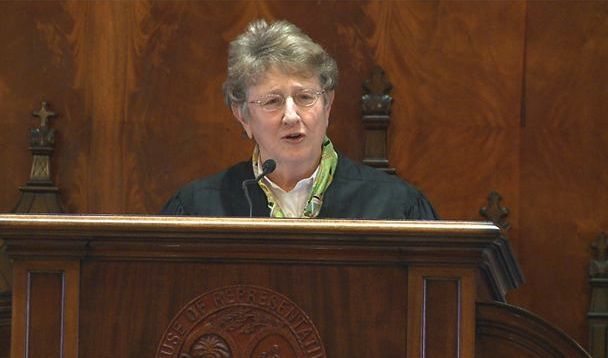 Last Friday, S.C. Supreme Court chief justice Jean Toal quietly issued an “amendment and clarification” of a 2010 order excusing state lawyer-legislators from having to appear in court on behalf of clients while they attended to the “people’s business.”

In other words, lawyer-legislators can now keep their cases out of court for at least seven months of the year.

“This is really useful if you’re a criminal defense attorney,” one of our sources said. “This is (Toal’s) latest bribe to curry favor – and votes.”

Toal’s order comes a week after FITS exclusively reported on associate Supreme Court justice Costa Pleicones’ bid to unseat her. According to our sources, Pleicones is furious with Toal for reneging on her promise not to seek another term as chief justice (another story which broke exclusively on FITS).

In South Carolina all judges – including Supreme Court justices – are elected by the S.C. General Assembly. In fact a legislatively controlled commission selects the slate of candidates, effectively giving one branch of government total control over the other. Not surprisingly this process – like everything else in state government – is infinitely corrupt.

Not unlike Toal’s court itself …

The point of this order is unmistakeable: Not only is it an inducement from Toal, more importantly it is a reminder to every lawyer-legislator that she controls their calendars.