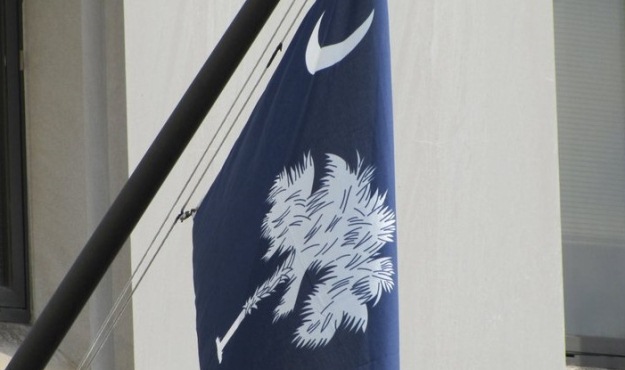 SHOULD WE STAY OR SHOULD WE GO?

A new petition movement has formed urging South Carolinians to secede from the United States of America and pursue their destiny as an independent people in the wake of U.S. President Barack Obama’s reelection.

Obviously the Obama administration is prepared for such an eventuality, but that’s not stopping a few folks from getting organized anyway.  In fact a petition has been posted to the White House website urging the Palmetto State to “absolve its allegiance to the Union and declare its independence as sovereign nation state.”

So far, more than 13,000 people have signed the petition since it was created three days ago … and similar petitions for other states are also making the rounds.

What do we think of secession?  Well, we’re not wild about the electoral knee-jerk nature of this particular movement, but we’re not unilaterally opposed to the idea either …

“We’ve contemplated the notion of South Carolina seceding from the union again … although this time it wouldn’t be to enslave black South Carolinians (our current failed status quo has got that covered), it would be to provide all South Carolinians with the sort of opportunity their local, state and federal leaders seem hellbent on depriving them of,” we wrote back in December 2010.

Here’s the thing, though … secession has to be the beginning of a plan, it can’t be the plan itself.  Such a decision would have to be accompanied by a pair of other critical moves. 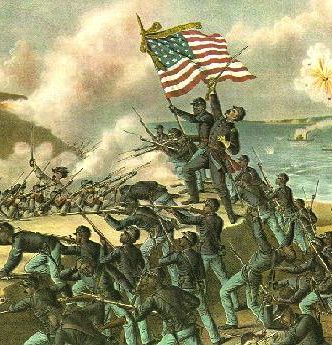 South Carolina: Once more into the breach? …

First, secession would have to be accompanied by the complete dissolution of South Carolina’s infinitely corrupt state government (and its banana republic municipalities, too).  Second, a new form of government replacing these rotten edifices would have to be drawn up.  This is especially critical given South Carolina’s status as one of the most backward, underperforming states in America – as well as the racial stigma that lingers from its prior attempt to secede.

So far, we’ve seen nothing to suggest that the people pushing secession have thought any of this through.

They’re just mad Mitt Romney lost … which is not a good enough reason for a state to secede.  In fact when you think about it the fundamental case for South Carolinians pursuing their own destiny would have been every bit as compelling had former Massachusetts Gov. Mitt Romney been elected president last week – which is something that most of these secession “hawks” don’t understand.

See it’s not just Democrats in Washington, D.C. who are printing money and suffocating liberty … Republicans are almost as bad (and infinitely more hypocritical) on both counts.

Aside from these considerations, South Carolina must also take into account the federal government’s likely response to its declaration – and be willing to die for the new form of government that they’ve laid out for themselves.  In other words they had better recognize that their actions could plunge the state into a perpetual dystopia like the one portrayed in The Hunger Games – although let’s face it, take away the “circus” and that’s pretty much where most of rural South Carolina is already.

Still … we believe that secession, within the proper context, is a discussion worth having.  We just don’t think it can – or should – be discussed as a response to Obama’s reelection.  Like we said … Romney was every bit as bad as Obama, which is why thousands of liberty lovers like this website’s founding editor supported someone else (twice).

Richland Vs. Lexington: The Battle For Business