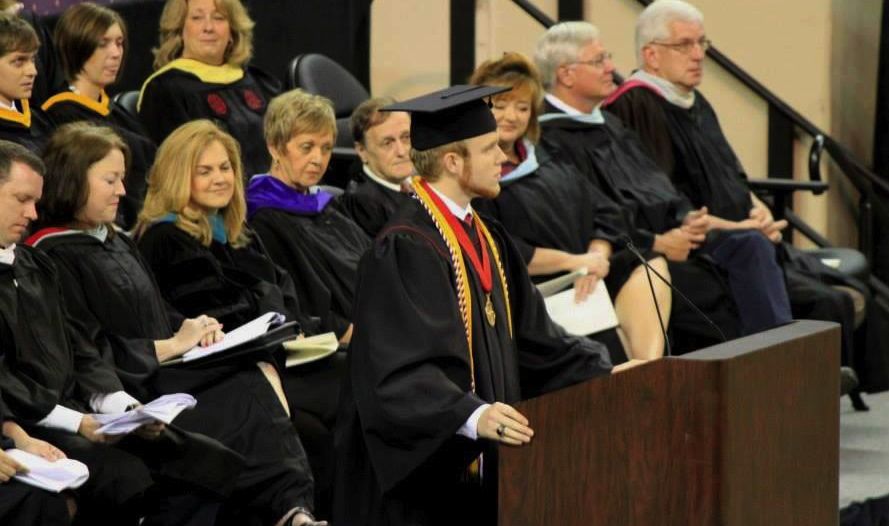 We don’t wear our faith on our sleeves here at FITS, but we believe firmly in protecting the rights of those who do (assuming they aren’t hypocritical politicians trying to spend our tax dollars on their sanctimonious moralizing).

Just as religion should have no place in government – and more importantly, vice versa – individual citizens should never be restricted from making a public profession of their faith whenever and however they choose.

Take Roy Costner IV, the valedictorian of South Carolina’s Liberty High School. Last week, Coster defied the censors at his government-run high school by tearing up his prepared remarks to his fellow students and reciting the Lord’s Prayer from the podium.

The argument against this sort of display is that Costner’s recantation is somehow “forcing his religion” on others. Yeah … to that we can only say “others” probably should have worked a little bit harder to become valedictorian – at which point they would have been able to say whatever they wanted from the podium.

We don’t believe government entities should sponsor official prayers, but Costner isn’t a government employee acting in an official capacity – he’s a private citizen exercising his First Amendment right. Whatever religion he choose to profess, no one should take away his right to profess it.

Good for him … and shame on those who tried to censor him a priori as well as those who criticized him after the fact.

This has nothing to do with religion and everything with the right to free expression … something that ought to be on the forefront of all of our minds in the wake of recent revelations.