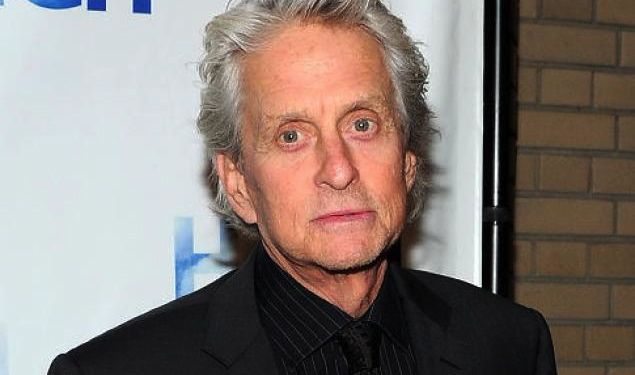 || By AMY LAZENBY || A vital area of public health was brought to the fore this week when actor Michael Douglas (above) disclosed that human papillomavirus (HPV), transmitted through oral sex, allegedly caused his stage four throat cancer. HPV is a sexually-transmitted disease that significantly increases the risk of cervical cancer in women and causes between 25-34 percent of oral cancers in women and men (HPV-related oral cancers are most common in heterosexual men in their 40s and 50s).

S.C. Rep. Bakari Sellers (D-Bamberg) has sponsored the Cervical Cancer Prevention Act , which offers – but does not require – the HPV vaccine and educational material to seventh graders in South Carolina through the Department of Health and Environmental Control (SCDHEC). Sellers’ bill passed the SC House by a vote of 63-49 on May 22. It was introduced in the Senate on May 28 and is currently residing in the Senate Committee on Medical Affairs.

According to the National Cancer Institute, South Carolina ranks ninth in the nation for estimated deaths from cervical cancer, and Sellers’ legislation, a common sense preventative approach that still leaves the decision to get the vaccine for their children up to parents, aims to change that number.

“One thing that I want everyone to understand is that the cost of someone who actually gets cervical cancer when it could have been prevented at an early age is draining. It’s a cost that everyone in the community has to bear,” Sellers has said. “In no way is it mandatory or in no way is it making parents go and get the vaccine.”

Gov. Nikki Haley vetoed a similar proposal by Sellers last year, even though the measure picked up broad support across both sides of the aisle, with a 63-40 House vote and 40-2 Senate vote in favor of passing the initiative. Haley defended her veto by calling the bill unnecessary and a “precursor to another taxpayer-funded healthcare mandate.”

In response to Haley’s veto last year, Sellers called her decision one that “puts her own selfish political ambitions ahead of the people of South Carolina.”

“This bill had bipartisan support and gives optional education and preventative vaccines to adolescents in an effort to thwart cervical cancer,” Sellers said in a statement. “This is a common sense approach to a very serious problem. To call this measure unnecessary is demeaning and insulting to the heroic women who fight this cancer everyday. I am deeply disappointed that politics once again has prevailed over women’s health.”

When Haley was a state representative, she co-sponsored a bill in 2007 authorizing mandatory HPV vaccination for seventh-grade girls. Haley eventually killed that bill on the grounds that it did not include an opt-out for parents, but Sellers’ 2012 version would have given parents this freedom of choice.

“It was a mistake then, I’ve said it’s a mistake now,” Haley said after she vetoed the bill. “Now that I have a 14-year-old daughter, it is something that is very close to my heart in terms of what I’m going to do as a parent and what I want for my child.”

Supporters of Sellers’ bill want the SCDHEC to offer the vaccines and provide brochures to families of middle-school students as a way to stop the spread of a disease, one that is disproportionately high in rural South Carolina.

A report released in January in the Journal of the National Cancer Institute shows that while overall cancer death rates are down, there are two increasingly prevalent causes of cancer: obesity and HPV. On of the more surprising parts of the study was its examination of the rate of HPV immunizations in American girls. Immunization numbers are far lower than the government’s targets: in 2010, less than half of American girls aged thirteen to seventeen had received at least one dose of the vaccine, while a paltry 32 precent had received all three recommended doses. In comparison, the United Kingdom and Australia both boasted immunization rates of more than 70 percent.

According to the Centers for Disease Control, Human papillomavirus is the most common sexually transmitted disease in the United States and the majority of adolescent children are not getting vaccinated before they are sexually active; Virginia and Washington D.C are the only states that require female students to receive the HPC vaccine before attending middle school and high school.

Those most vulnerable to HPV and cervical cancer are women living in low socioeconomic areas. Cervical cancer rates remain highest for women without health insurance. Unable to afford gynecological exams, these women go without Pap tests, which screen to catch precancerous cells. As reported by a CDC news release, poor and minority teens who begin the three-dose HPV immunization process have lower rates of completing all three doses.

HPV and the cancers it causes are clearly a public health issue that must be addressed in South Carolina, for girls and also for boys. I commend Rep. Sellers for re-introducing legislation that a governor who puts small government politics over the health of South Carolinians vetoed last year. In continuing the fight for evidence-based solutions to this public health crisis, Rep. Sellers shows that he is concerned for the health of this state’s citizens and will not be intimidated by a governor who does not have the best interests of the people of SC in mind.