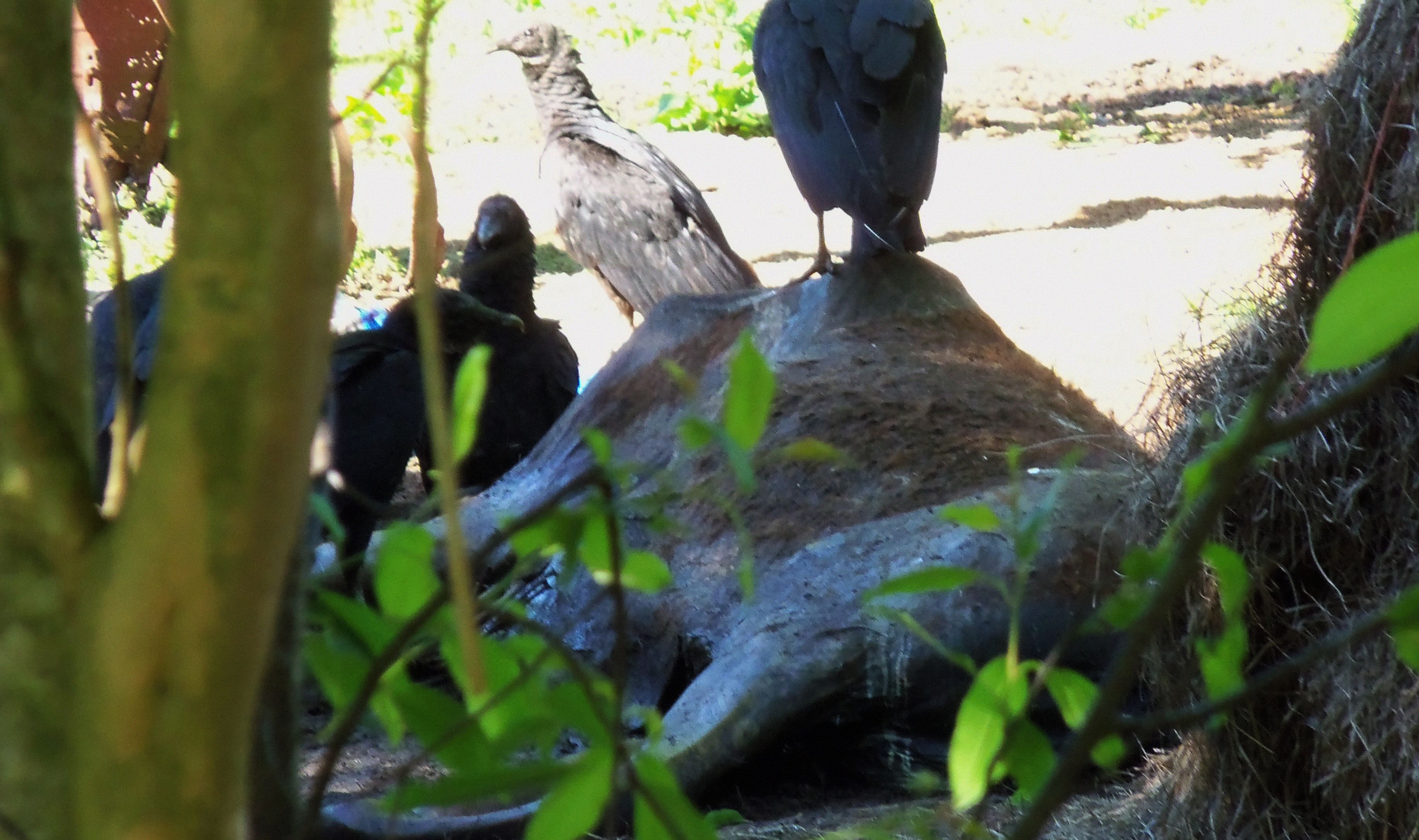 Nearly two months ago, a woman spotted several malnourished horses in a field near her home in Orangeburg County, S.C. After witnessing the poor condition of the animals on more than one occasion, she went to the people responsible for handling these sorts of things and provided them with the information.

“I reported several weeks ago to the (Society for the Prevention of Cruelty to Animals) and to the Orangeburg Sheriff about several neglected horses in a small field near my home,” she told FITS.

Nothing was done, and as a result the condition of the animals continued to deteriorated. In fact one of the horses saw its condition worsened considerably over the last few weeks.

“Last week one of the horses was laying down and wouldn’t get up, but it was still alive,” the woman told us.

Does this story have a happy ending?

Of course not. The woman drove by the property – located at 470 Rivers Turn Road – earlier this week and discovered that the horse had died.

“It had turkey vultures all around it,” she said. “It must have laid there dying for several days without any medical attention or care.”

Wow … that’s almost as disturbing as the last South Carolina horse abuse story we covered. And making matters worse the field contains several other horses – including mares with foals.

Now, more than 72 hours after the horse’s demise, its dead body is still serving as vulture food – even after an Orangeburg County deputy paid a visit to the property owner.

“There is still a dead horse in the field, visible from the road, with turkey vultures everywhere,” the woman reported back to us late Wednesday. “That horse did not have to die like that. If someone had done something sooner, it might have lived; or if it was sick it might have at least been humanely euthanized, not (turned into) vulture food.”

Humans have been given dominion over animals, but how we treat them is a commentary on how we deserve to be treated. And clearly this poor horse was treated as poorly as can be imagined.

Its owner also broke the law …

“Whoever knowingly or intentionally overloads, overdrives, overworks, ill- treats any animal, deprives any animal of necessary sustenance or shelter, inflicts unnecessary pain or suffering upon any animal, or by omission or commission knowingly or intentionally causes these things to be done, for every offense is guilty of a misdemeanor and, upon conviction, must be punished by imprisonment not exceeding sixty days or by a fine of not less than one hundred dollars nor more than five hundred dollars,” S.C. code section 47-1-40 notes.

The owner of this animal has some explaining to do. And so do the SPCA and the Orangeburg County Sheriff’s office …