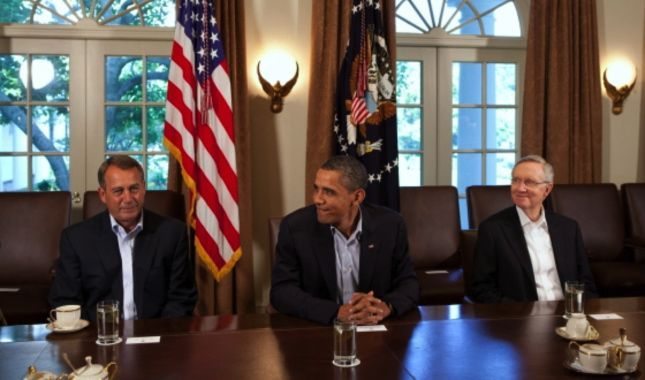 Remember the fantasy U.S. President Barack Obama sold the American people regarding his socialized medicine bill? You know the one in which “Obamacare” would lower the deficit, reduce health care costs and cut the size of your annual insurance premium?

Well guess what … in addition to further exploding the deficit, raising health care costs and spiking your health insurance bill, the same people who foisted his monstrosity on the American public are now carving out an exemption so that they (and thousands of their employees) don’t have to participate in the legislation’s government-run “exchanges.”

Congressional leaders in both parties are engaged in high-level, confidential talks about exempting lawmakers and Capitol Hill aides from the insurance exchanges they are mandated to join as part of President Barack Obama’s health care overhaul …

The talks — which involve Senate Majority Leader Harry Reid (D-Nev.), House Speaker John Boehner (R-Ohio), the Obama administration and other top lawmakers — are extraordinarily sensitive, with both sides acutely aware of the potential for political fallout from giving carve-outs from the hugely controversial law to 535 lawmakers and thousands of their aides.

Sadly no … while this hypocrisy may seem especially galling, the truth is it’s just the latest example of the never-ending stream of bipartisanshit the American people keep swallowing.

Why do politicians keep pulling this crap? Because we keep letting them …