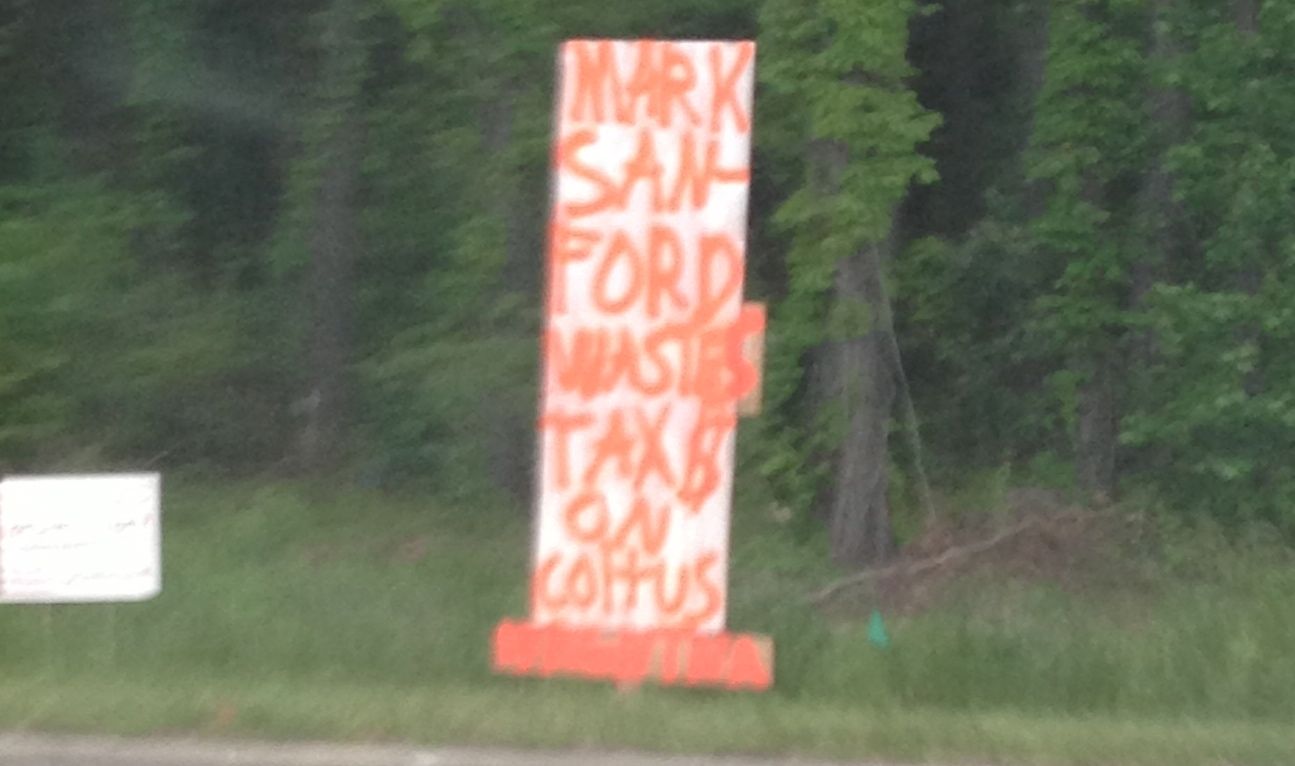 Just off the James Island connector in Charleston County, S.C., a FITS reader snapped a picture of a white sign spray-painted with orange letters.

For those of you educated in one of the Palmetto State’s many failing government-run schools, “coitus” is described by Merriam Webster as the “physical union of male and female genitalia accompanied by rhythmic movements.”

Bumpin’ uglies, in other words. Knockin’ boots. Doin’ the nasty.

Anyway, the sign is referring to a 2009 report which probed a specific leg of Sanford’s 2008 “trade mission” to South America – a trip to Brazil. Sanford acknowledged that he “crossed the ultimate line” with his then-lover (now-fiancé) Maria Belen Chapur on this trip – and after it became public knowledge, he subsequently refunded taxpayers a portion of the costs associated with his travel.

Sanford is currently trailing Democrat Elizabeth Colbert-Busch in the special election for the first district – which he represented from 1995-2001 (prior to serving his two terms as governor). Can he make up a nine-point deficit in this Republican-leaning district over the next two weeks?