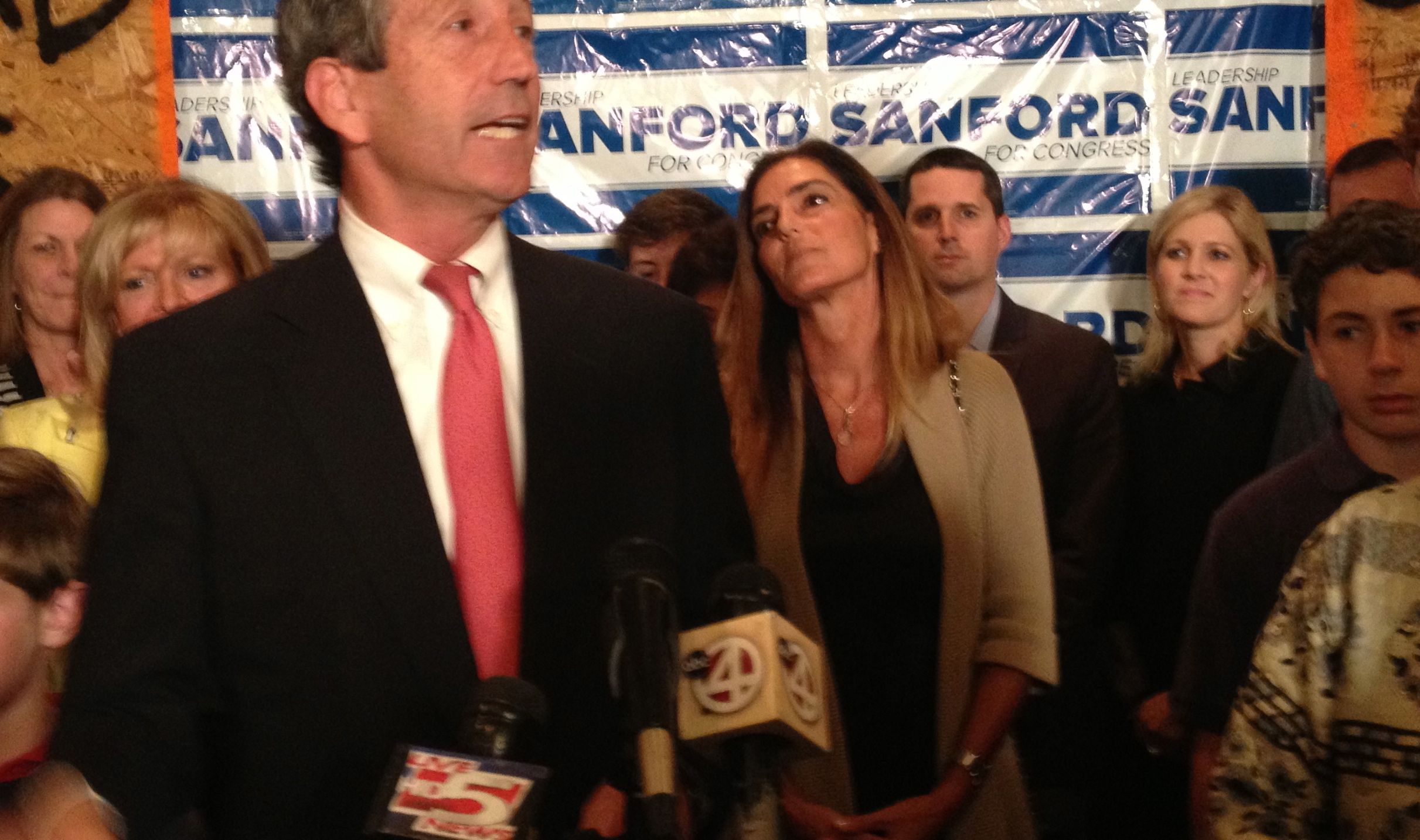 Mark Sanford’s political comeback took a big step forward Tuesday night with his convincing win over Curtis Bostic in the GOP runoff for South Carolina’s first congressional district. But it was Sanford’s “soul mate” – making her first public appearance – who stole the show.

Joining the former governor under the white hot lights on his victory stage was Maria Belen Chapur – the beautiful Latin lover turned fiancée who was at the heart of Sanford’s infamous 2009 sex scandal.

Throughout the course of the 2013 campaign Sanford has kept a very tight lid on Chapur – whom he refers to as “Belen.” In fact he was so squirrelly whenever questions turned to Chapur that many reporters and politicos began to question the status of their relationship.

Chapur’s appearance on Sanford’s victory stage would seem to put the kibosh on those rumors, though. Not only that, it gave the “Luv Gov” some insta-cred with the fellas.

“Maria is so hot,” one texted us. “Sanford scored big time.”

Obviously Sanford has to walk a fine line with Chapur moving forward. On the one hand, the legitimacy of their relationship is a key component of his narrative. On the other hand, there’s always the risk of backlash as it relates to his ex-wife Jenny Sanford – who remains very popular with first district voters.