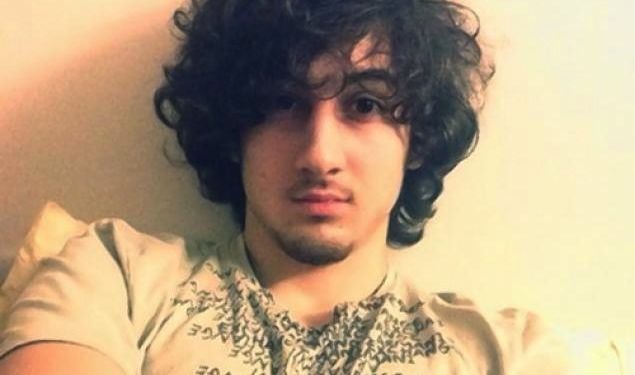 1) Use of a weapon of mass destruction (any bomb that could cause injury), a federal terrorism charge

The charges against Tsarnaev allow the federal government to seek the death penalty against him – which is the only way he can be put to death for his crimes given that Massachusetts state law does not provide for capital punishment.

Along with his brother, 26-year-old Tamerlan Tsarnaev (who was killed during a shootout with law enforcement on Friday when the two suspects were still on the loose), Dzhokhar Tsarnaev is accused of exploding a pair of “pressure cooker” bombs that killed three people and injured nearly 200 more near the finish line of last week’s Boston Marathon.

A magistrate came to Tsarnaev’s hospital bed, advised him of the charges against him and informed him of the maximum penalties. Tsarnaev then agreed to be voluntarily detained. The judge stated that the Court is satisfied the defendant is alert and able to respond to the charges. By law, the hearing could not have taken place if Tsarnaev was not alert and able to understand what was occurring during the proceeding.

Tsarnaev was charged based on visual evidence from surveillance cameras during the second bombing at the Forum restaurant during the Boston Marathon – and evidence of similarities between bombs used during the Marathon attack and the scene of the shootout.

Federal authorities went to his University of Massachusetts at Dartmouth dorm room yesterday and seized a “large pyrotechnic” from his dorm room and a black jacket and a white hat of the same general appearance as that worn by the second bombing suspect in photos and video that were released before his capture.

The next step is to file a formal grand jury indictment as anyone charged with a federal felony must be indicted by a federal grand jury.

Earlier today, the Obama administration said that Tsarnaev will not be treated as an enemy combatant. He will be prosecuted through the American civilian system of justice.

House Of Cards: A Winning Hand?