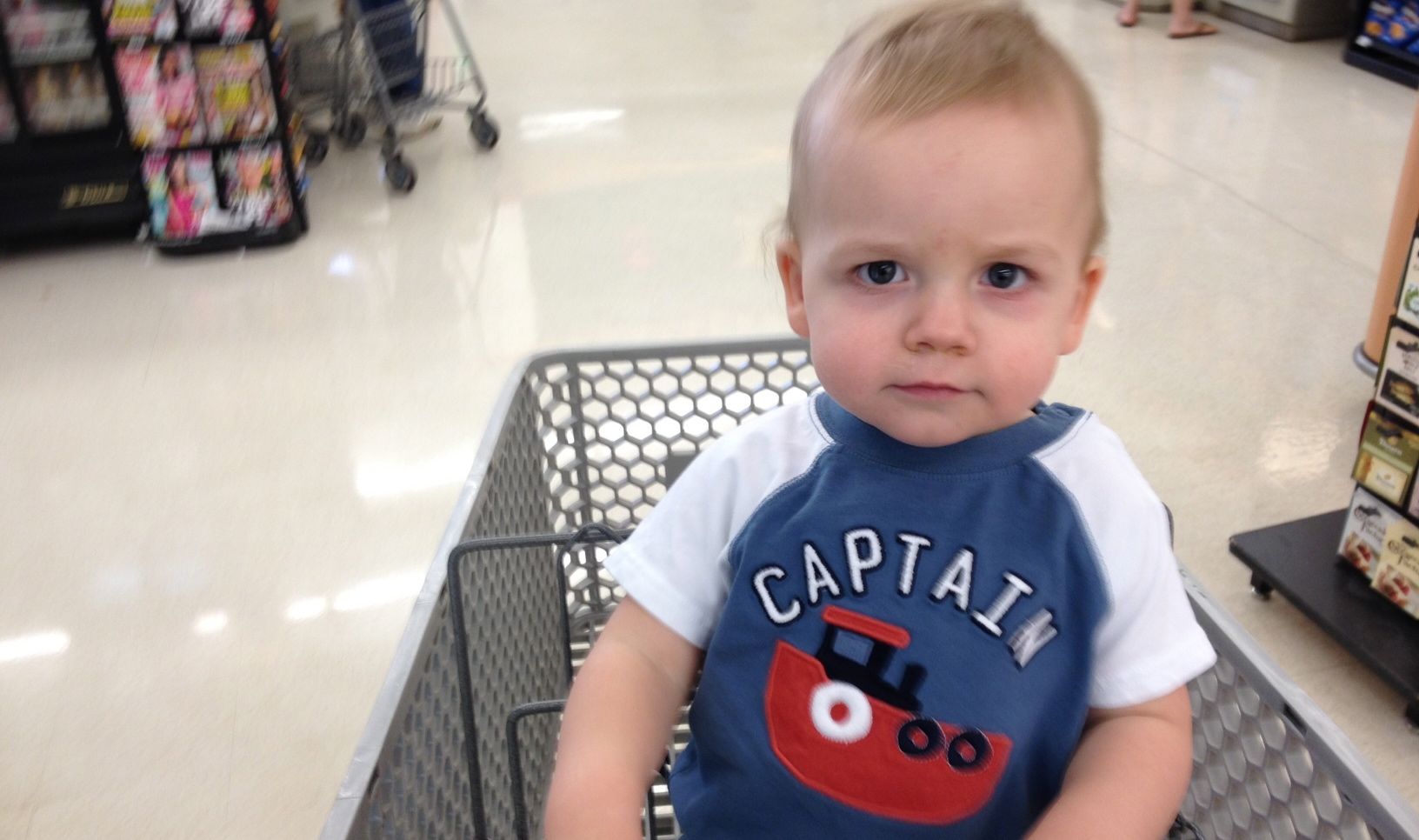 You may have noticed posting has been a bit light today. What’s going on? Well, our founding editor Will Folks – a.k.a. Sic Willie – has been pressed into emergency “Mister Mom” duty. Everything’s fine – the lovely Mrs. Sic (va va voom) is just feeling a little bit under the weather – but there’s been precious little time for Sic to get any work done given the duties thrust upon him.

So … how has Sic done improvising Michael Keaton?

Amazingly, no one has died. And no one has ended up in the emergency room. All of the kids got fed and/or changed/ dressed and carted off to school on time … while Sic and his littlest one (18-month-old Phillippe) have been attending to a list of errands and around-the-house chores.

In fact as we type this, we’re being lulled by the peaceful hum of the dishwasher …

What have we learned? A couple things …

1. The term “stay-at-home Mom” doesn’t accurately describe this job. There is very little “staying,” and a whole lot of go-go-go-going … most of it nowhere near the home.

2. Grocery stores are confusing. At least until you figure out that everything you really need is at the very back of the store, meaning you have to walk all the way through the store while your kids point and scream at all the stuff they want you to buy for them. Not knowing where anything is only compounds this problem.

3. Milk is expensive – especially when you don’t have a (insert supermarket’s name) card.

4. Three-year-old girls care a great deal about their hair, and if you get it wrong – expect to hear about it.

5. If you angrily respond “I know, dammit!” the hundredth time you hear “Mommy doesn’t it do it like that,” there will be tears.

6. Which reminds us … tears create snot. Which requires tissues. So always keep tissues in the car – and prepare for the worst if you don’t.

8. Sami accepted EJ’s proposal on “Days of our Lives.” Meanwhile Sy has apologized to Stefano for going to Victor. And we’re totally making plans to tune in tomorrow to see what happens with Kate and Rafe …

9. The person who invented baby wipes deserves to be kissed full on the mouth … passionately.

10. Eighteen month old kids eat whatever food it is you’re slicing much faster than you can slice it …

12. The balding curly-haired guy on Sprout is on acid. No doubt about it.

13. There are two compartments to dishwashers and you have to put soap in both of them. WTF?

14. If you select the grocery cart that doesn’t have a race car attached to it, there will be tears.

16. Pee when you have the chance. Seriously.

17. There’s nothing like seeing your kid smile … or seeing a total stranger smile because your kid smiled at them. Seriously, it’s a beautiful thing.

Anyway, as much as Sic hates falling behind on work … and as incompetent as he may be at this whole Mr. Mom thing … today has actually been kinda fun. There really is something wonderful about getting to spend some unexpected quality time with your “littles” (now that it’s nap time anyway). And while Mrs. Sic has wisely called in reinforcements for after lunch (in light of Sic’s oft-demonstrated incompetence), he hasn’t totally bombed the job.

Which leads us to our main takeaway … being a mom is an incredibly demanding, full-time job – and anybody who says that it isn’t is full of shit. In fact less than an hour into it we had already developed a whole new level of respect not only for Mrs. Sic (again, schwing), but for the millions of women who make the decision to “stay at home” and raise their kids.

Obviously that’s no disrespect to women who make a go of it professionally, mind you, it’s just an acknowledgment that the ones who don’t aren’t sitting around on their asses all day …

So yay Moms. And thanks to all of you for all that you do … especially Mrs. Sic.

South Carolina Needs One Of These …

That Gangnam Guy Is Back