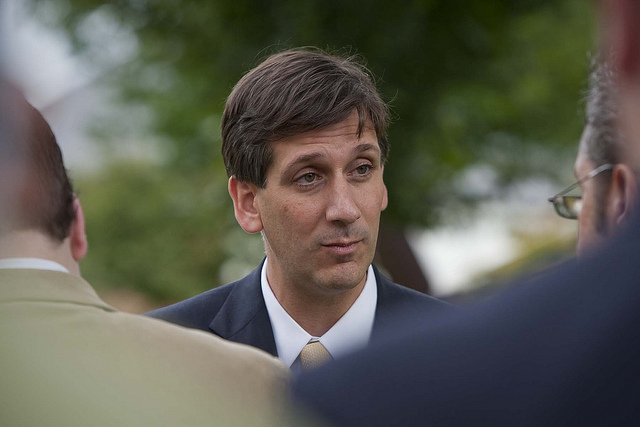 Camden – Today, state Sen. Vincent Sheheen announced that he is taking the steps necessary to establish a campaign for governor and asked his fellow South Carolinians for their support.

Sen. Sheheen, an attorney and businessman, pledged to be a governor focused on putting the people of South Carolina ahead of personal and partisan agendas. He laid out his vision for moving South Carolina forward by promoting existing businesses within the state, focusing on public education, and restoring honesty in leadership to deliver results. He stressed the need for a change given the state’s high unemployment rate, challenged public-education system, sky-high tuition and the continued failures of the current leadership that have allowed corruption and incompetence in the administration and state government.

The full text of Sen. Sheheen’s email is below:

South Carolina is the greatest state in the union, with unlimited potential. But let’s face it, the status quo is not working.

I want what you want – a South Carolina that our families, and the families of our children and grandchildren, can be successful in. For South Carolina to succeed, we have to change. And we need change now!

That’s why today I’m taking steps to launch a campaign for governor.

Our state deserves better than the failed and dysfunctional government it has received from our current politicians. Now, we need leaders.

South Carolina has one of the highest unemployment rates in the country, and has for the last 10 years. Under Governor Haley, more South Carolinians are having trouble finding work than people in other states, and our small businesses have been ignored.

South Carolina families pay the highest college tuition rates in the southeast and our families have a harder time achieving the American Dream than in almost any other state. Yet our current governor almost never talks about public education.

This administration’s dysfunction allowed hackers to steal the most personal and private information that more than three million of us have and the Governor has refused to apologize or take responsibility for it.

In the coming months, we’ll build our organization and officially launch the campaign this summer. Three years ago, we came so very close to changing South Carolina for the better. Now we can finish the job together. I hope you will join us.

Together we can create stronger schools for all of our children, help small businesses grow and create jobs, and restore honesty to our state’s government. We need a governor whose top priority is the people of South Carolina and not the politics of ideology and ambition. I pledge to you that I will be the kind of governor we so desperately need.

Today we start our journey to change South Carolina’s tomorrow.

I couldn’t be more excited, and I hope you are too!

Vincent Sheheen was the democratic nominee for governor in 2010 and came within 4 points of winning South Carolina in a Tea Party wave election. He was born and raised in rural Camden, South Carolina, where he still lives with his wife Amy and their sons Austin, Joseph and Anthony.

Get ready for a second defeat
…. Lost major support in Chesterfield County for being two faced.

Get ready for a second defeat
…. Lost major support in Chesterfield County for being two faced.