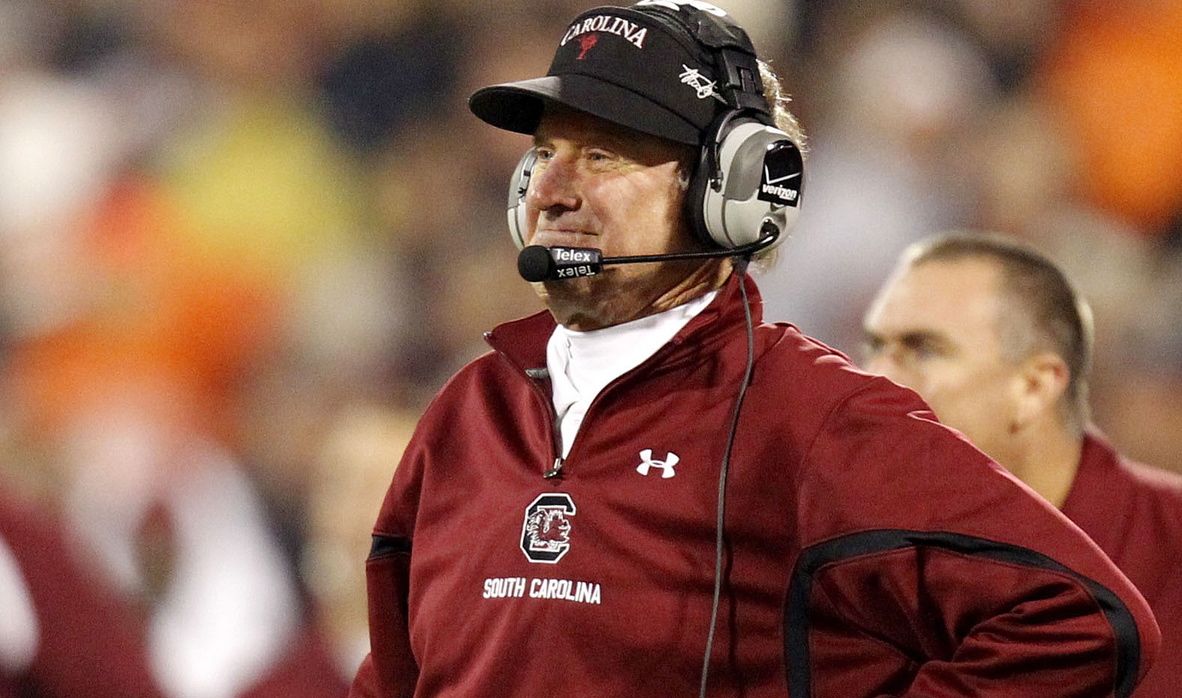 University of South Carolina head football coach Steve Spurrier is pleased with the performance of his offensive line during 2013 “Spractice” (a.k.a. spring practice).

Well, except for one thing … blocking.

“The offensive line has got to learn how to block,” Spurrier said after USC’s seventh spring practice. ” They’re pretty good at everything except blocking. Unfortunately that’s all we ask them to do. If we can block a little bit better, we’ll be in good shape.”

Not a bad start for USC’s “quarterback of the future.”

After a disappointing first five years in Columbia, Spurrier has turned the Gamecocks into one of the nation’s elite programs – with back-to-back 11-win seasons and Top Ten finishes. South Carolina has also won back-to-back bowl games and four straight over its arch rival Clemson.

South Carolina’s 2013 season kicks off on August 31 against North Carolina. Expectations are through the roof again for the Gamecocks, who are led by Heisman Trophy candidate Jadeveon Clowney on defense and quarterbacks Connor Shaw and Dylan Thompson on offense.