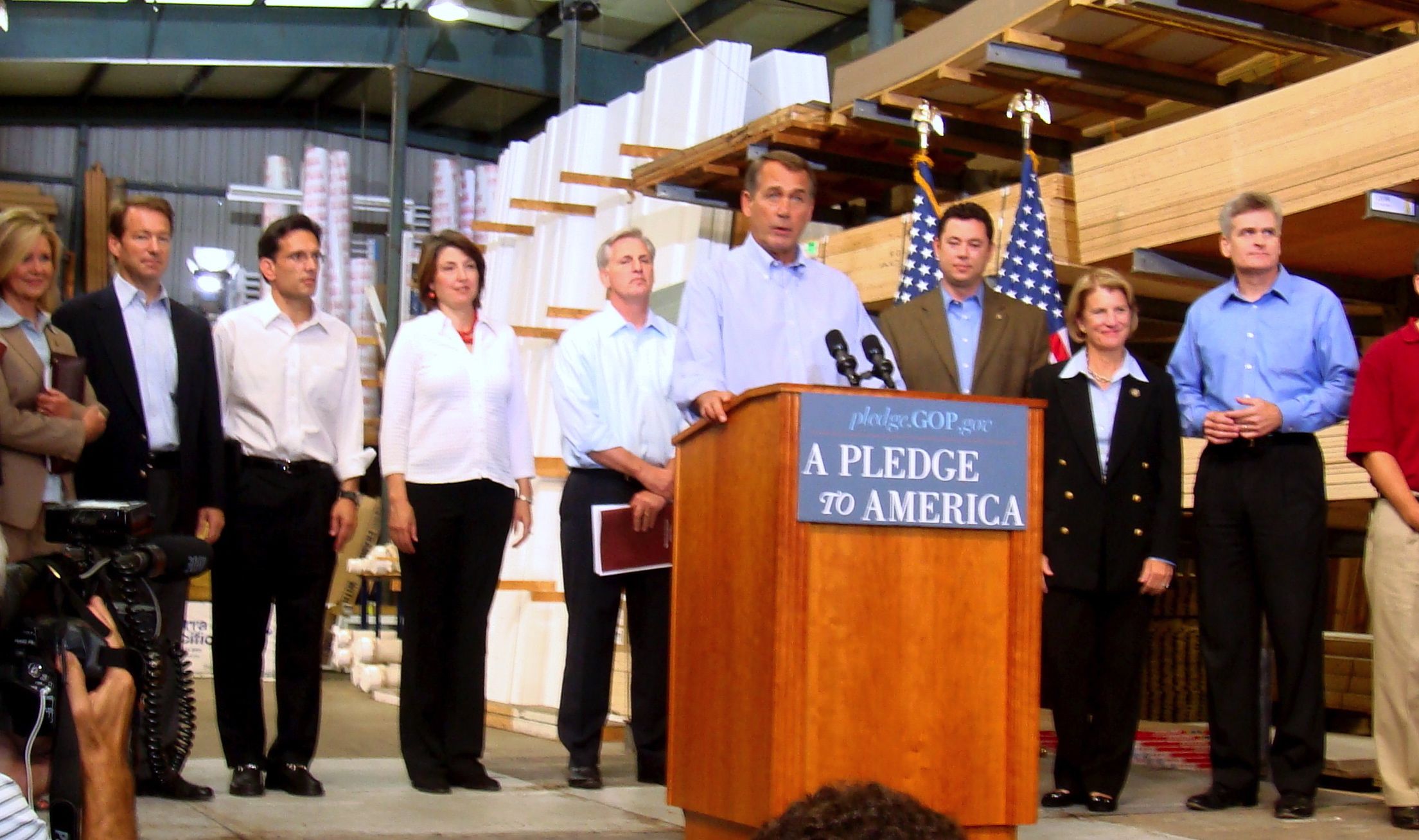 When Republicans won the House of Representatives in 2010, largely thanks to the inspired efforts of grassroots conservatives and tea party activists, they made a so-called “Pledge to America” that this time would be different.

They pledged that this would not be the same majority that had lost power in 2006 after dramatically expanding Medicare, the Department of Education and running massive budget deficits – a majority that had seemingly lost its way from the principles that helped it win Congress in 1994 for the first time since 1952.

Well, perhaps everything the American people needed to know about the current Republican majority was embodied in a March 6 continuing resolution vote that funds the government through Sept. 30.

The bill was just introduced on March 4 – a Sunday – and just two days later, it was approved, despite a Pledge promise to “give all Representatives and citizens at least three days to read the bill before a vote.”

Moreover, the legislation continues to fund Obamacare, breaking another pledge that Republicans would “repeal President Obama’s government takeover of health care.” Republicans could have made defunding Obamacare a precondition for enacting the continuing resolution.

Just as House Majority Leader had promised to do in Feb. 2011: “I expect to see, one way or the other, the product coming out of the House to speak to that (ObamaCare funding) and to preclude any funding to be used for that.”

To keep the promise, 30 House Republicans sent a letter to House leadership, calling for just that tactic to be used: “we urge you to affirmatively de-fund the implementation of Obamacare in any relevant appropriations bill brought to the House floor in the 113th Congress, including any continuing appropriations bill.”

Upon receiving the letter, leadership responded by speedily bringing the continuing resolution to the floor in the middle of a snow storm, a day sooner than expected.

Let’s just be blunt. It was to prevent the American people from having an opportunity to have their say on this legislation and to contact their representatives. There was no rush that could not wait until after the storm. The current continuing resolution would not have expired until March 27.

“It is incredible that the House of Representatives in its zeal to avoid any conflict is throwing away its only constitutional leverage to stop the Obama Administration’s out of control power grab on labor, environment and health care,” Americans for Limited Government President Bill Wilson said in a prepared statement.

The bill also continued funding of the out-of-control Environmental Protection Agency – which is regulating carbon dioxide and water as harmful “pollutants” under the Clean Air and Water Acts. And the National Labor Relations Board, which has been unconstitutionally seated through phony “recess” appointments, all the while implementing big labor’s agenda.

“It is my hope that this is merely a retreat and not a wholesale abandonment of the fight against Obama’s government expansion by this Congress,” Wilson concluded.