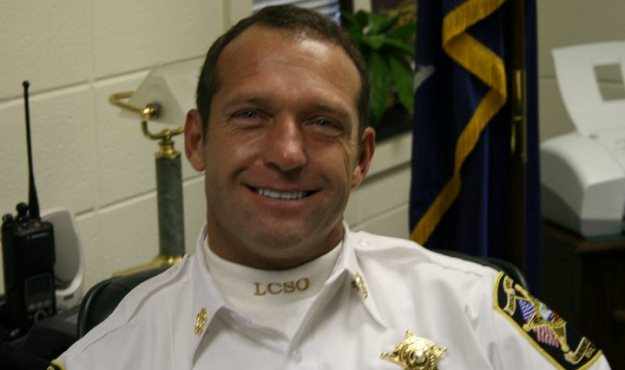 Laurens County, S.C. Sheriff Ricky Chastain – who last year admitted to knocking up a co-worker and driving her to Charlotte, N.C. for an abortion (in his patrol car, no less) – could be facing fraud charges in the aftermath of that incident.

Wwwwwait .. it’s not okay to bang a subordinate, impregnate them and then use taxpayer resources to facilitate their abortion? Hmmmm …

Ironically, Chastain isn’t in trouble for any of that … he’s facing scrutiny over allegations that he forced county taxpayers to subsidize an extended “recovery period” for his girlfriend following her abortion.

“She was out of work for a long time,” one source tells us. “Chastain ordered that she be paid, even though she was not at work.”

Barring rare complications, abortions generally do not require women to go on leave. So why did this woman get an extended vacation at taxpayers’ expense?

Sources in Laurens tell FITS that the local county council has been provided with documentation of the payments made to Chastain’s ex-lover – and the discrepancies between those checks and her extended time away from the office. However we’re told they are fearful of turning this information over to the S.C. State Law Enforcement Division (SLED) for fear of retribution from Chastain.

Hopefully SLED will address this situation without having to rely on a request from the local government. Frankly, Chastain should have been relieved of his duties the moment he acknowledged using taxpayer resources on any facet of his affair.

Of course this is South Carolina, where that sort of thing is encouraged …