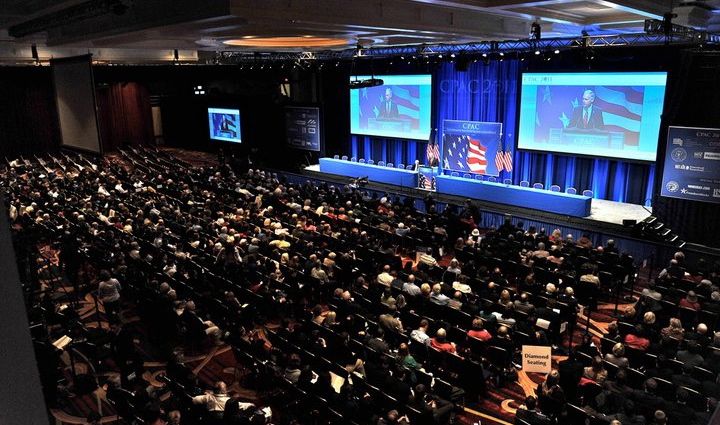 For those of you who have never heard of GOProud, they are an organization of “gay and straight Americans seeking to promote freedom.”

So you might be surprised to hear that this group of freedom-loving conservatives were banned for the second year in a row from CPAC—the annual Conservative Political Action Conference.

According to Jimmy LaSalvia, Co-Founder & Executive Director of GOProud, his group was again not invited to one of the biggest events on the conservative calendar.

Here’s the thing, CPAC is the largest annual meeting of conservatives. It’s an opportunity for Republicans to come together, meet, exchange ideas, and grow the party stronger. So why wouldn’t the ACU and their sponsors want more conservatives to attend?

It’s no secret the Republican Party is hurting right now. We lost the presidential race. We’re struggling to connect with young voters, women, and minorities. The same people who preach about unity within our party are participating in an event that purposefully excludes certain groups.

I’m not gay – but you don’t have to be gay, progressive, or a Democrat to support gay rights. You just need to love freedom for all people – like I do.

I attended GOProud’s event ‘Homocon’ at the RNC and met some inspiring conservatives and had some constructive conversations I wouldn’t have had if I hadn’t gone. I can only imagine how much young conservatives could learn—and what awesome stories they could bring back to their college campuses—from these folks.

According to National Review, three of the top-ten states with the highest gay population are Florida, Ohio and Pennsylvania—all swing states. An additional three competitive states from 2012 (New Hampshire, Colorado, and New Mexico) are also on that list. These are battleground states Republican candidate Mitt Romney lost in 2012—and that the GOP must win in 2016.

It’s why we lost the presidency—and why we will continue to lose elections unless all conservatives start practicing what they preach and actually “uniting” the party. A person identifies with a political party based on their beliefs… and it’s those passionate conservatives we need to join together if we want a future for the Republican Party.

Lauren Luxenburg is a conservative activist who has worked on numerous political campaigns across the country. She is currently chair of the University of South Carolina College Republicans. Follow her on twitter @LaurenC_Lux. This piece – expressly requested by our founding editor and reprinted with permission – originally ran on The Patch.