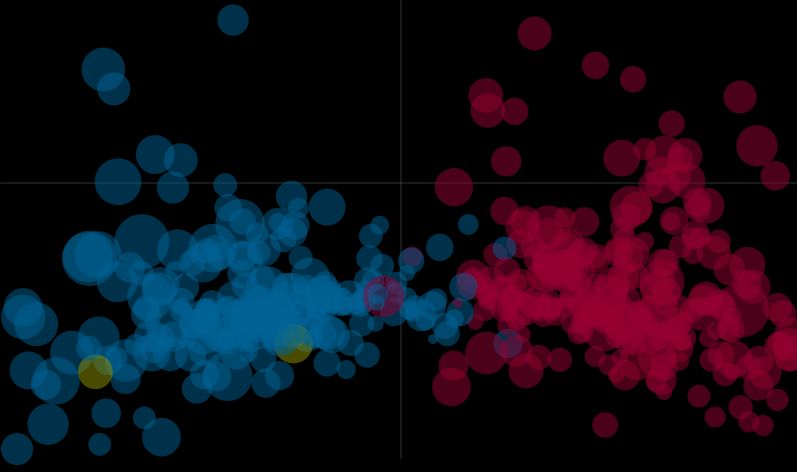 Organizing for Action (formerly Organizing for America, President Obama’s reelection campaign) is raising a lot money and using it to target GOP legislators across the nation. The group will be using its technological proficiency and extensive grassroots network to promote legislation designed to move our nation further to the left. Due to its 501(c)4 non-profit tax status, the group must remain non-partisan, but it has plenty of leeway to pressure politicians to support bills that will promote Obama’s legislative agenda.

According to the LA Times, OFA is running ads to encourage 13 Republican legislators to support universal background checks for gun sales. Future plans include pressuring lawmakers to support an assault weapons ban and limits on high-capacity magazines.

Clearly, the OFA’s objectives run counter to those of conservative Americans. And once Organizing for Action is done raising millions of dollars by selling access to the president, OFA will have plenty of money to pursue other, more progressive, legislative goals.

That’s troubling enough. What’s worse is that technologically speaking, Democrats are working with precision lasers while Republicans are throwing rocks. To see what we’re up against, watch Harper Reed, former Chief Technology Officer for Organizing for America, talk about the technological innovations behind President Obama’s data-driven campaign (skip to 58:25) or read this article about Reed and “the power of data.”

Reed describes a campaign with a comprehensive understanding of technology and a deep appreciation for the importance of data. What was already a technologically advanced campaign in 2008 became even more sophisticated in 2012. They consolidated their databases and dramatically increased the size of their analytics department.

That’s why not only was the Obama campaign better at collecting data, it was better at analyzing it. They knew who would donate, how they would donate (online, by mail, etc.), they knew who would volunteer, and they were able to predict turnout. They used that data to target individual voters who would spread their message cheaper and more effectively than a marketing team. And they raised $1 billion. And they won the election.

The Voices of America, a non-partisan, pro-Constitution group is making an effort to educate and empower voters. The group promotes non-partisan advocacy for conservative principles like limited government and free markets. They offer tools, talking points, and other resources at no charge to help pro-Constitution mobilize voters.

“Never before has the executive had its own advocacy army,” said VOA co-founder Peter Wolf said of OFA. “We’ve seen similar developments with Socialists from 1920 to 1940 in Europe with dire consequences.” The conservative movement must develop its own grassroots army. VOA wants to help.

Conservatives are playing catch up. Republican technology is outdated and they have ignored the importance of grassroots organization. but VOA is trying to change that by reverse engineering the Democrats’ success. They have published a newsletter detailing the organization efforts of progressives and provide information on their website to help activists gather data. There are plenty of tools for conservative activists looking to create a robust data file for grassroots organizing.

The South Carolina based Constituent Cloud has an advanced targeting system that factors campaign contributions (among other things) into its voter rankings. “I think most will agree that the GOP learned a hard lesson on the importance of technology and data in 2012,” said Constituent Cloud’s Justin Rockwell. “A broad shotgun approach to building support and volunteers is less likely to work than a well target or even micro-targeted grassroots campaign.”

Rockwell says that they key for the GOP is to determine its strongest supporters within each community so that GOP officials can reach out to these supporters when necessary. Products like Constituent Cloud and NationBuilder allow organizations to build up a grassroots network that can be utilized when the organization needs to spread information. “The next step, which is the most important, is to grow that database as quickly as possible with new, strong and likely supporters of a conservative movement,” Rockwell said. “Each new record that is added should have an extensive history.”

For the activist on a budget, NationBuilder provides cheap access to voter data. It isn’t advanced enough or current enough for a sophisticated campaign, but it’s a good place to start. That’s especially true for grassroots activists who may not be able to shell out thousands of dollars for mailing lists, voting records, and donor files. The objective is the same. Activists must build up their databases by gathering as much information as they can. That means you’ve got to hit the bricks. Voices of America provides detailed instructions.

But That’s Not All

Stuart Stevens, one of Romney’s advisors, says technology won’t solve all of the GOP’s problems. He’s right. Mobilizing supporters is only half the battle. Conservatives must improve their messaging efforts. Voices of America suggests a broad, non-Partisan message based on “principles of limited government, free markets, and individual liberties has broad appeal and is sustainable for the long term.”  Or, as US Senator Ted Cruz puts it, Republicans should promote the idea of “opportunity conservatism.” Cruz said “Americans want to stand on their own feet, and Republicans need to champion policies that enable us to do so: ownership, choice and individual responsibility.”

Improved messaging is crucial, but our ability to spread that message effectively and efficiently is just as important. That will require a strong grassroots network, a robust data file, and a sophisticated technological strategy.

Roy Harmon is a conservative interested in the role that technology plays in elections and political activism. He blogs at http://www.royharmonsc.com and tweets @royharmon4.