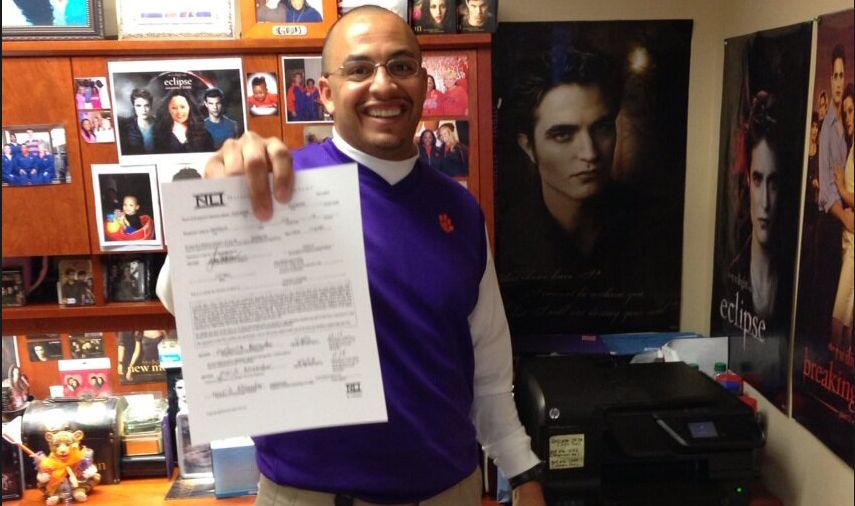 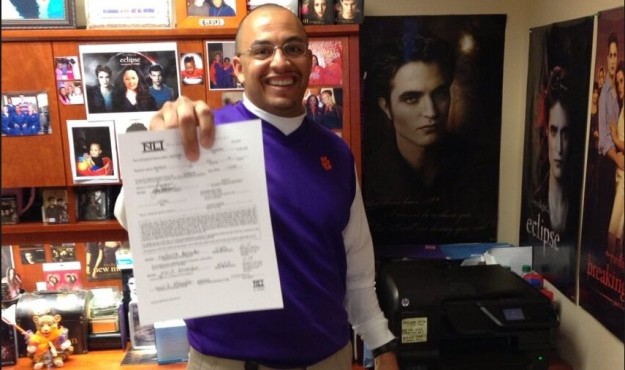 All that’s well and good …

What’s a little off?

Um … how about the rash of Twilight posters covering the walls?

Obviously this is a receptionist’s office (who do you think handles faxes at Clemson’s athletics department when it isn’t national signing day?), but it’s still friggin’ hilarious. Especially the homemade poster where this as-yet-unidentified worker superimposes her own face between those of Robert Pattinson and Taylor Lautner.

Good stuff … and seriously Tiger assistants, how is it nobody stopped and thought to themselves, “hey, wait a minute, maybe we should step out in the hall and take this picture without a wall-full of gay Twilight crap behind us?”