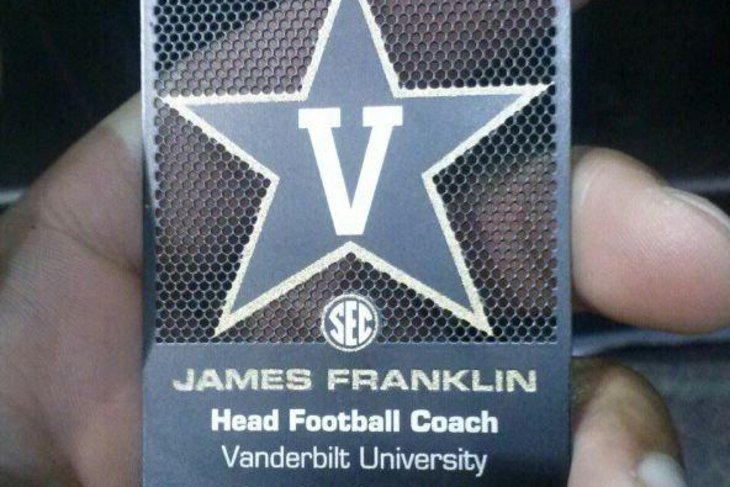 THE SECRET TO JAMES FRANKLIN’S SUCCESS?

When the University of South Carolina escaped Nashville, Tennessee last August with a 17-13 season opening win over the Vanderbilt Commodores, we were pretty sure the Gamecocks promising 2012 season was kaput.

No way Vandy was “that good.”

As it turns out, though, Vanderbilt was (is) a pretty good football team. The Commodores won five games in the Southeastern Conference for the first time since 1935 and defeated N.C. State in the Music City Bowl to finish the season with a 9-4 record – earning the team’s first postseason ranking since 1948.

The secret to the Commodores success? Head coach James Franklin – who in addition to being a master motivator has business cards with detachable “throwing stars” on them (according to SB Nation).

“Miyagi say: You go to Vandy.”

Yeah … talk about a “pointed” recruiting appeal. Hard to say know to a coach who is armed with a pocket full of throwing stars.