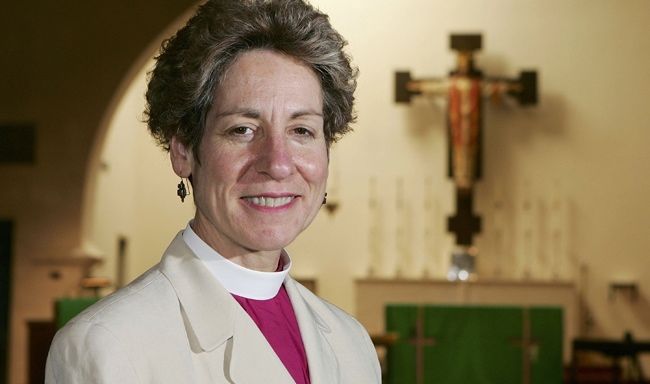 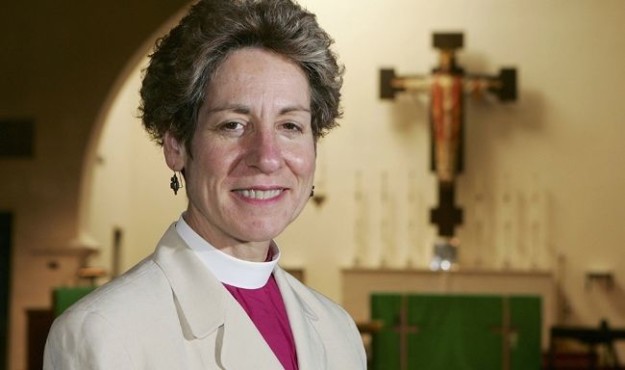 NATIONAL CHURCH BATTLES SOUTH CAROLINA OVER CONTROL OF ITS DIOCESE

“Whose diocese is it anyway?”  And will this South Carolina “secession” turn out better than the last one?

As the head of the national Episcopal Church Katharine Jefferts Schori (above) prepares to stage a convention in Charleston, S.C. next month, a battle continues to rage over control of the Lower Diocese of South Carolina (officially known as the “Diocese of South Carolina”).  This, of course, is the confederation of churches that seceded from the national Episcopal Church last month over a dispute regarding the blessing of homosexual unions and the ordination of openly gay clergy.

The national Episcopal Church favors both practices, while the South Carolina church does not.

So far, national Episcopal leaders refuse to recognize the legitimacy of Lawrence’s secession.  In fact when Schori comes to Charleston, S.C. next month she will host her convention under the auspices of Lawrence’s South Carolina diocese.

Needless to say, that’s not sitting well with the Bishop.

As we’ve stated from the beginning of this debate, we don’t care if churches sanction gay marriage – or if they let homosexuals preach from their pulpits.  We don’t support either practice – but we believe such decisions should be left to individual congregations.