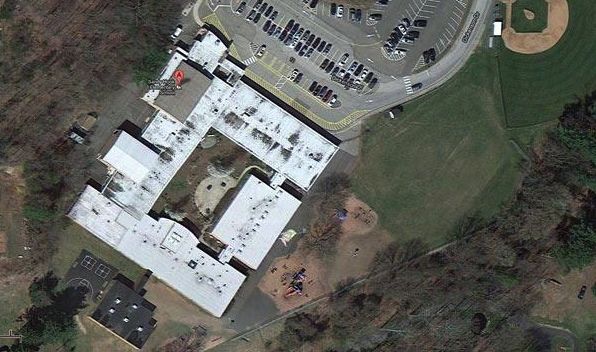 More than two dozen people – most of them Kindergarten children – were killed during a shooting rampage at an elementary school in Newton, Connecticut on Friday morning.  The deadly Connecticut shooting took place at 9:40 a.m. EST at Sandy Hook Elementary School – which is home to 600 students aged Kindergarten through fourth grade.  The school’s principal is among the dead – as is the suspected gunman, identified as 20-year-old Adam Lanza.

At least eighteen of the victims are children, according to the latest reports.  Lanza’s mother taught at the school, as well, and has been confirmed as one of the victims – although she was reportedly killed by Lanza at her home prior to his attack on the school.

Lanza reportedly wore black combat gear and a military vest during the assault.  He used two handguns, both of which have been recovered by agents with the U.S. Bureau of Alcohol Tobacco and Firearms (ATF), as well as a .22 caliber rifle.

The incident is already being referred to as the “worst school shooting” in American history – eclipsing the death toll from the 1999 Columbine High School attack.  The deadliest assault on a school in American history took place in 1927 in Bath Township, Michigan.  There, a disgruntled school official killed 45 people – including 38 children – in a series of bombings.

Newton is a suburb of New York City – located about sixty miles northeast of Manhattan.

“It’s officially immoral to argue against gun control,” one liberal wrote on his Facebook page mere hours after the shooting took place. “Our kids need to be safe in our schools. I don’t give a shit about your 2nd Amendment Rights.”

Even the White House couldn’t wait to push its anti-gun message – with U.S. President Barack Obama’s spokesman Jay Carney telling reporters that the administration remained committed to imposing a new ban on assault rifles during the coming legislative year.

This website has been – and will continue to be – ardent defenders of Americans’ right to keep and bear arms.  Not only that, we reject the shameful attempts by some to leverage this tragedy for ideological gain.

UPDATE: FITS, along with numerous other media outlets, initially identified the suspect in the case as 24-year-old Ryan Lanza – the brother of suspect Adam Lanza. We apologize for this error.  Ryan Lanza has been detained for questioning by police as as result of the shooting, however, and his brother was carrying his identification card during the rampage.