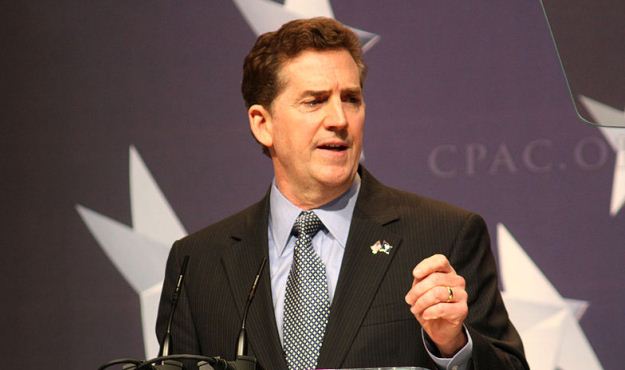 U.S. Sen. Jim DeMint is being encouraged to run for governor of South Carolina by a new Facebook group … but is such a bid in his future?

Obviously this isn’t the first time a “DeMint for Governor” rumor has been cranked up … in fact we speculated on this theoretical a few short months ago.  Yet while there’s no love lost between DeMint and S.C. Gov. Nikki Haley – who continues to be bogged down by scandals and weak poll numbers – that doesn’t necessarily mean DeMint is eyeing this seat.

The 61-year-old Republican – who has emerged as one of the few true fiscal conservatives in Washington, D.C. – still has four years left on his second (and presumably last) term in the U.S. Senate.   Why would he give that up?  Well … other than the widely known fact that his wife, Debbie, is eager for him to return to their Greenville, S.C. home?

DeMint has become a national player, and is viewed in some circles as a legitimate presidential contender (speculation he hasn’t ruled out, incidentally).  Why would he trade that in to be a weak executive in a legislatively controlled state?

“Hmmmm,” reporter Alexis Levinson of The Daily Caller tweeted in response to the “DeMint for Governor” speculation. 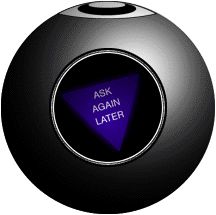 this is the “would have been” if Haley had been appointed in a Romney cabinet. Now, not so much. She will run un opposed. I expect to see Darla Moore and Sheheen again contend in the primary for the D.

Moore admitting her democrat identity would soil her name…

Even if she went “hard right” (whatever the fuck that means to you), she’ll never get win with all her screwups.

Gov. of SC is way TOO low an office for DeMint. He’s a national Figure..and a Hero of Conservatives countrywide…

The media (FITS) would LOVE to keep DeMint down on the farm. I’d love to see him as president…

Romney and Rove losing was a MAJOR Win for Demint. Rove-Romney was Moderate, like FITS leans….

DeMint would be a GREAT national candidate…

Leave Loftis here to be Gov…

If you think Romney was perceived as moderate then you still don’t get it. Someone like DeMint is even more UN-electable than Romney was. far too conservative. I think you have seen the last wealthy white president in GW Bush.

Demint is a “Chickenhawk” who needs to quit dyeing his hair.

Romney won SC in a Landslide…Dumb@$$…

Actually it may be a good gig for him. He’ll get prominant notice as the Gov. of a state. There’s no work to be done as Gov. of SC, so he can just hit the lecture/news show circuit. And he can do it for eight years!

Given the quality our governors from John West through the present, Demint would be a perfect fit. Maybe I’m being a little hard on Dick Riley, but let’s see… Jim Edwards, David Beasely, Jim Hodges, Carroll Campbell, that Sanford jerk, Haleytwat… did I leave anyone out? Room temperature IQs at most. The proper mix of stupidiy and confidence will take you a long way in SC, and a little sleaze doesn’t hurt your chances.

“a national player, and is viewed in some circles as a legitimate presidential contender”

You said the same thing about Sanfraud.

BTW, these circles. Did you forget to add “jerk” after them?

Question to GOP: What do you want to be now you’re old and senile?

and get more hot air and nothing like the current Admin.

Time to run a Conservative….Nationally…DeMint…

Big T, that doesn’t even warrant an intelligent response.

We’ve tried to Centrist candiddates, and were beaten by a Failed Leftwing Socialist…

Big T(urd), you really are dumber than dog shit! The democratic process took place four weeks ago and the majority didn’t want a conservative (pretend or otherwise). You lost! Get over it!

Let’s see:
DeMint voted no for Planned Parenthood, anti gay marriage,even wanted to ban gay teachers, no on medical pot, wanted states to be able to opt out on min. wage and many anti immigration issues…Yes, he’ll do great with single women, hispanics, blacks and white moderates.

DeMint voted against an Obama veterans jobs program, saying they shouldn’t be treated differently than any other citizen.

PLEASE don’t do that to the state of SC. Jim DeMint hasn’t even done anything as senator – why would we want him for governor. He would be worse than Nikki Haley when it comes to flying all over the place and fund raising.

Yeah, tell us where you get your weed thinking America wants a conserative? Why didn’t they choose Santorum? Fox doesn’t even want you idiots anymore. Notice Rove and Morris haven’t been around much lately?

Yeah, I know…but, why didn’t Santorum or some other far right guy win if America wants a conserative?

Big T you got this one wrong and most the time i like what your selling. Deminted is a yes man to whatever is going well at the time

Jim Demint has zero interest in being Governor of this hick state. Did you see what Haley was doing yesterday? Talking to third graders in Liberty about bullying! And some red neck got arrested for threatening her!

I can just see Jim Demint doing that.

Forget it – he will be snapped up by some conservative DC think tank and paid millions – the powerless SC Governor’s office is small taters. Who would want it if they didn’t need a free place to live for 4 years and a pension? Like Nikki and Mikey…

Wow…your post ended up being remarkably prescient. Are you an insider?

Well all I can say is if any state deserves Jim DeMint as Governor, its South Carolina.

Can anyone outline a list of things he has accomplished in office? I know he’s good at saying “no” and promoting himself and his ideals, but to the best of my knowledge, that’s about it.

From the frying pan into the fire!!!

Honestly, don’t people see the unmitigated hypocrisy of these government hating politicians who get their paychecks, benefits and perks (including campaign funds and personal PACs, aka personal slush funds) from that government?

By all means draft Duhmint and ship his warmongering ass to Afghanistan.

What has he done while he has been in DC..? Sit on his ass and just vote no. Not lift a finger to make the government run better. A Govenor actually has responsilities and needs to get things done. I don’t think ol Jimbo is up for the task…….

He’ll tell it like it is with no holds barred, and will have numerous stump meetings with lots and lots of beer, iced tea, bbq, chicken, fish, taters, and loud music by the latest and greatest local bands, a tall tale lying contest, and lots of gals wearing everything from mother hubbards to hooters outfits –wooeee, I can’t wait!

Can’t DeMint just go away. He’s such an embarrassment…

Oh wait, this “think tank” might just fill in the void until the Governor’s race!!! Wow…surely NOT!!

What’s up with Demint leaving to head the Heritage foundation?