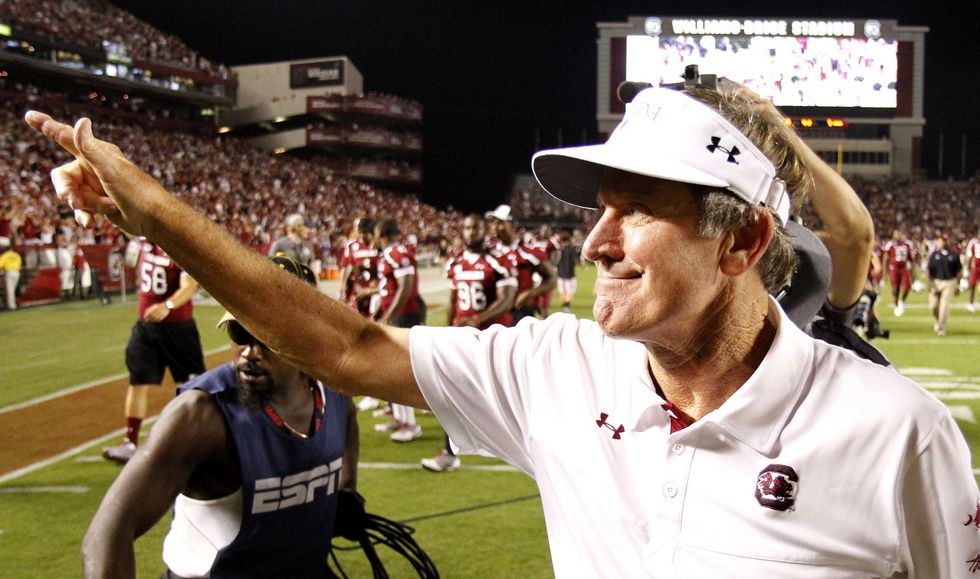 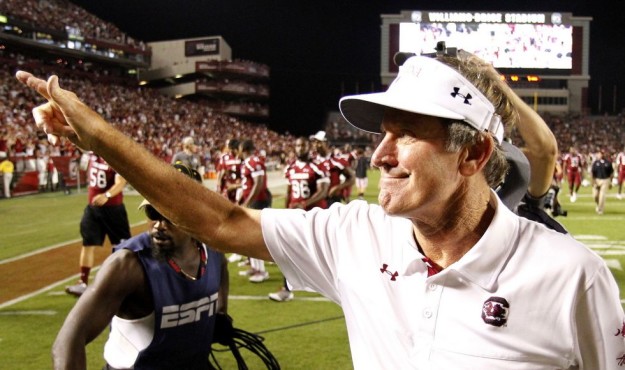 University of South Carolina head football coach Steve Spurrier has received a two-year contract extension from the school’s board of trustees, a deal which will keep him coaching the Gamecocks through the 2017 season.  Spurrier – who makes $2.9 million a year – did not receive a pay raise as part of the extension, although he will make $3 million next year per the terms of his current deal.

The coach can earn more money if the Gamecocks win a conference or national title.

Spurrier, 67, has elevated USC’s program to unprecedented heights over the last three years – something that few thought possible after he posted an uninspiring 35-28 mark (including an 18-22 record against Southeastern Conference opponents) through his first five seasons.

Seriously … anyone who sat through the Gamecocks’ 20-7 loss to Connecticut in the 2010 Papajohns.com Bowl knows exactly how precarious Spurrier’s position was at the end of the 2009 season.  Critics – including this website’s founding editor – were venomous.

Since then, though, Spurrier’s Gamecocks have evolved into one of the nation’s premier programs – posting a 30-9 mark (including a 17-7 mark against SEC opponents).  Spurrier has won three in a row against both Georgia and Tennessee, and two out of three against Florida.  He’s also beaten Clemson four times in a row – something that hasn’t happened in six decades.

Along the way, the Gamecocks have won their first SEC Eastern Division championship and posted their first ever 11-win season and Top Ten finish.

We challenged Spurrier three years ago to win football games.  He has responded – and then some.  And while we wish there were times he did a better job bottling the prima donna act, there’s no arguing with the results on the field.