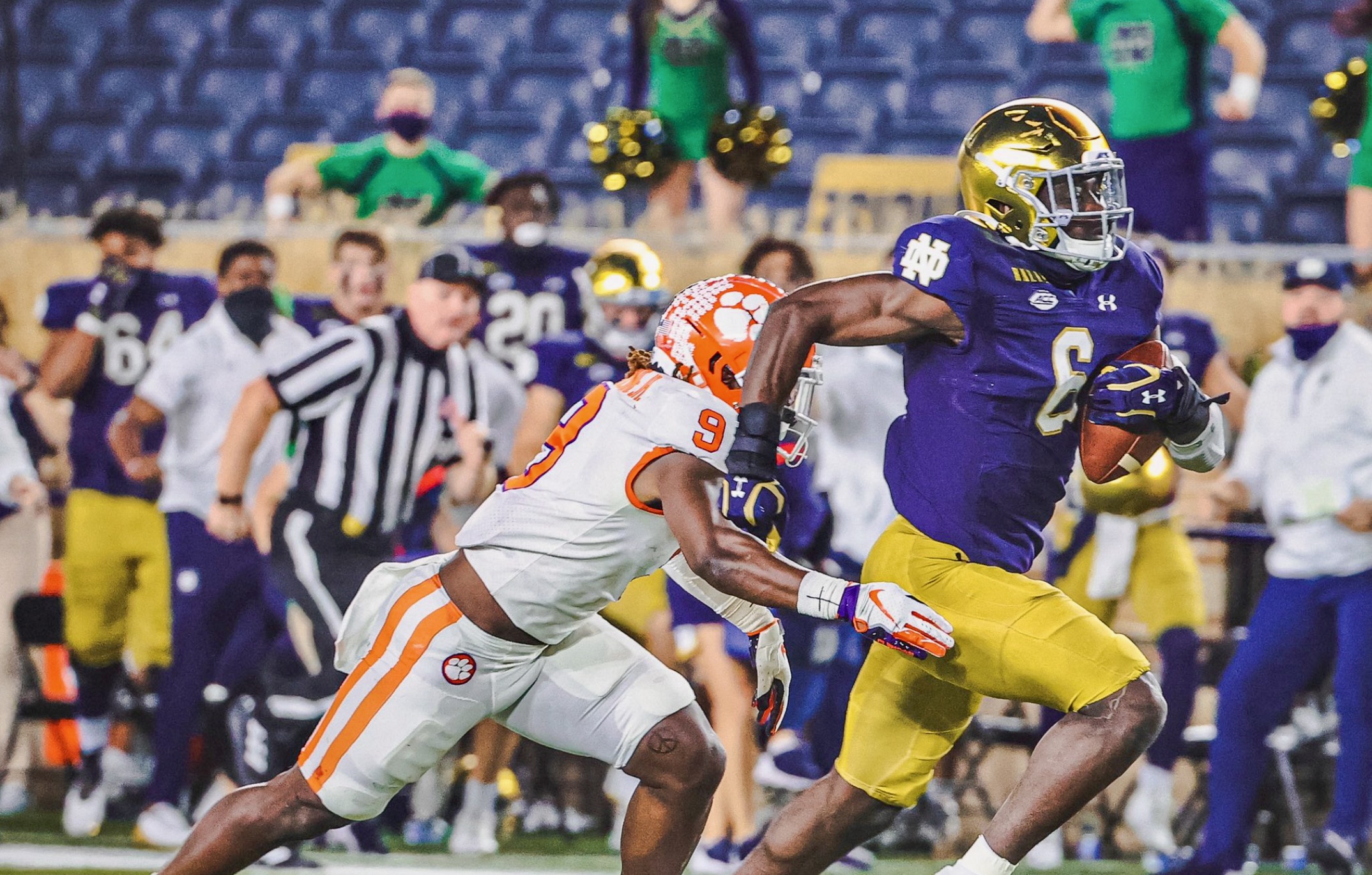 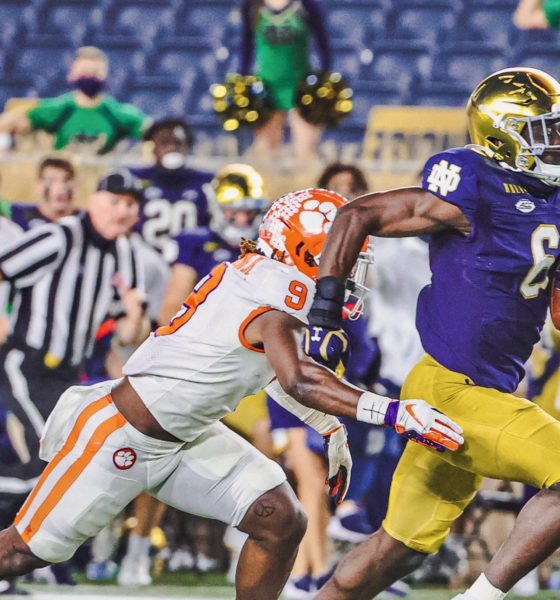 Injury-depleted Tigers will get another shot at Notre Dame …

The No. 1 Clemson University Tiger football team suffered its first regular season loss in three years on Saturday, falling 47-40 to No. 4 Notre Dame in double overtime on the road in South Bend, Indiana.

The loss was Clemson’s first regular season setback since losing to Syracuse 27-24 back in 2017 – breaking a conference-record streak of 36 consecutive regular season wins.

The loss also snapped Clemson’s streak of 28 consecutive victories over ACC opponents – which was one shy of the conference record established by Florida State from 1992-1995. Furthermore, it denied the program what would have been its first-ever road win against a top five opponent.

Still, head coach Dabo Swinney and his squad have plenty to be optimistic about … starting with the fact that this was only the program’s sixth loss over the last six seasons (a 76-6 mark that is unmatched by any other program in the nation).

Also, it’s worth remembering Clemson was playing against Notre Dame without future No. 1 NFL draft pick Trevor Lawrence – who missed his second straight contest after testing positive for Covid-19.

Lawrence has thrown for 8,778 yards and 83 touchdowns in thirty-two career starts at Clemson, posting a stellar 31-1 record as the program’s signal-caller. The 6-foot-6, 220-pound native of Cartersville, Georgia has also rushed for 811 yards and another fourteen scores.

And while heralded true freshman D.J. Uiagalelai turned in another outstanding performance in relief of the Heisman Trophy frontrunner, it wasn’t enough to hold off the Irish.

Uiagalelei completed 29 of 44 for 439 yards and two touchdowns – and scored a rushing touchdown for the second consecutive game – as he led Clemson back from a 13-point deficit in the first half.

This time, though, it was defensive coordinator Brent Venables’ unit that proven insufficient to the task.


While much was made (and rightfully so) about Lawrence’s absence, Clemson’s defense was also playing without its quarterback – graduate senior linebacker James Skalski. Starting sophomore defensive tackle Tyler Davis was also out of the lineup, as was starting sophomore linebacker Mike Jones.

Additionally, Clemson also had to play the first half without junior defensive end Xavier Thomas – who was ejected for targeting during the Tigers’ come-from-behind win over Boston College last week.

Against this depleted unit, head coach Brian Kelly’s team marched 91 yards on eight plays to tie the game with 22 seconds remaining in regulation – and scored touchdowns on back-to-back possessions in overtime to seal the upset on their home field.

Prior to the game, Kelly warned his players to head for the locker room early after the contest was over so as to avoid onrushing fans.

“I just want you to know,” Kelly said. “When we win this thing, the fans are going to storm the field.”

The loss dropped Clemson to No. 4 in the national rankings – and lifted Notre Dame to No. 2. However, the two teams will likely meet again in the Atlantic Coast Conference championship – assuming both win their remaining games.

Clemson is also still very much alive as it seeks a sixth consecutive trip to the College Football Playoff (CFP).