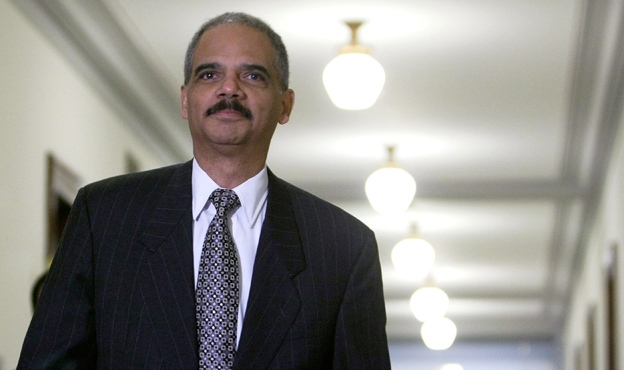 U.S. Attorney General Eric Holder – whose Department of Justice (USDOJ) has been dogged by the “Fast and Furious” gun-running scandal (and more recently the Benghazi affair) – will remain at his post during U.S. President Barack Obama’s second term.

Talk about picking a fight …

“Why don’t you just give America a nice paper cut and pour lemon juice on it, while you’re at it?” writes Erika Johnsen for the conservative website Hot Air.

We agree … Holder is as polarizing as he is corrupt and incompetent.  And the invitation from Obama for him to serve another four years at his post is nothing but post-electoral muscle-flexing deliberately intended to provoke a fight.

For those of you unfamiliar with the “Fast and Furious” debacle, the federal government dumped thousands of guns into the hands of Mexican drug cartels in an effort to trace them and make arrests.  Pretty bizarre behavior for a government that’s incessantly looking for ways to limit your right to bear arms, isn’t it?

After the operation failed miserably (resulting in the death of a U.S. Border Patrol officer, among other unintended consequences) Holder’s Justice Department attempted to cover up the mess.

Of course like the Benghazi scandal, the Obama administration has been given a hall pass on “Fast and Furious” – and its ensuing coverup.