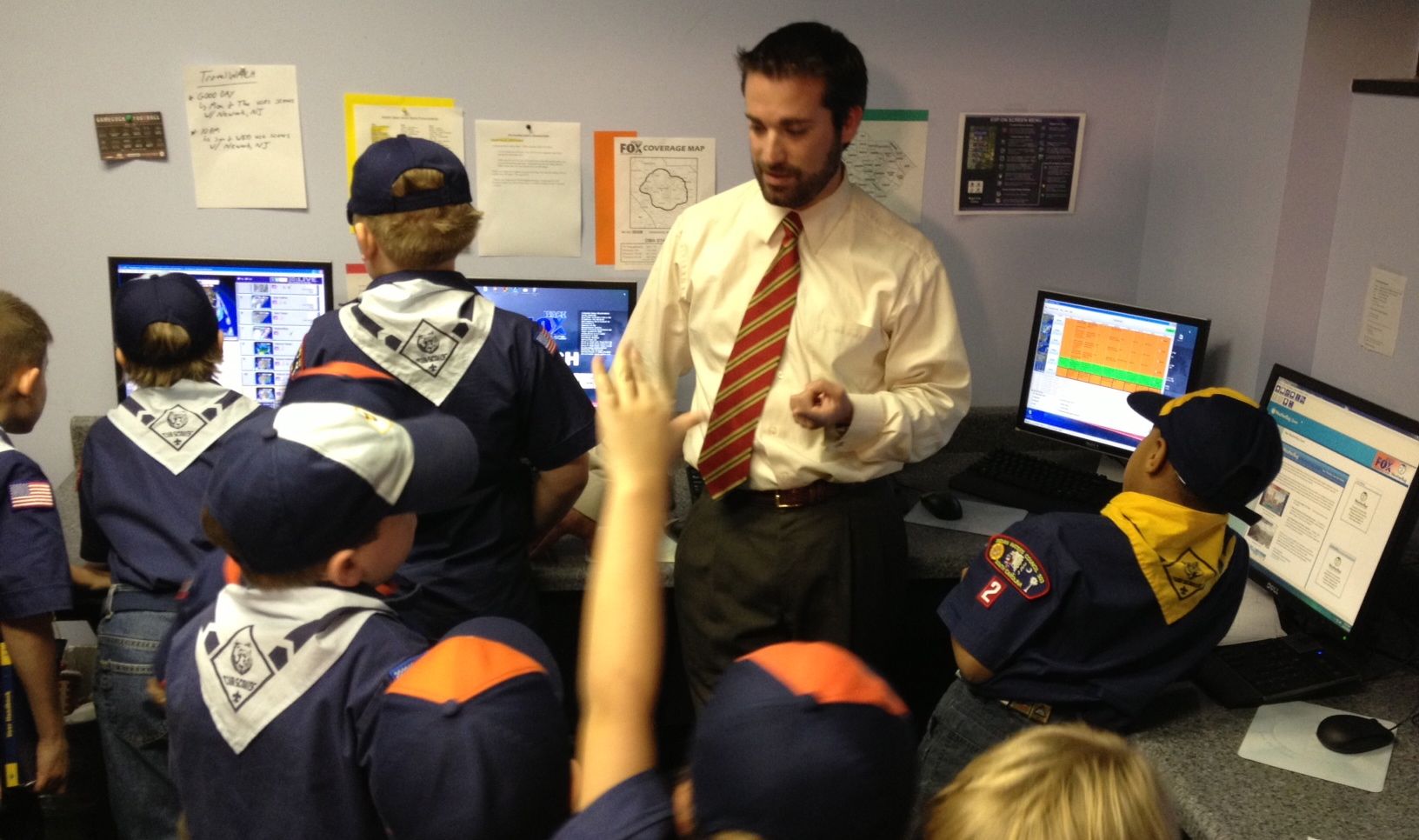 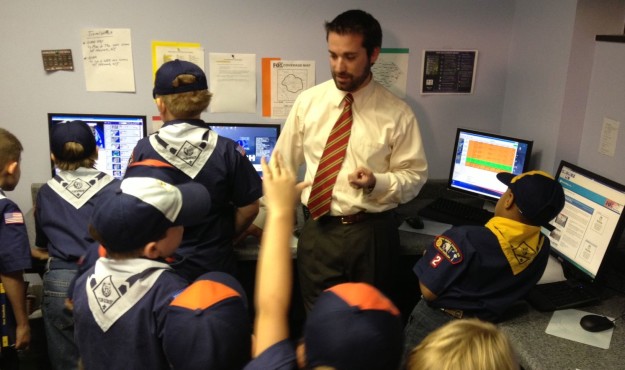 On less than 24 hours notice, the good folks at WACH TV 57 (Fox – Columbia, S.C.) were kind enough to welcome a small army of Cub Scouts from the Indian Waters Council of the Boy Scouts of America (BSA) this week.  Led by the station’s chief meteorologist Henry Rothenberg, WACH employees rolled out the red carpet for about two dozen Tiger, Wolf and Bear scouts (grades 1-3) – kids who hold den meetings each week at nearby First Presbyterian Church in downtown Columbia, S.C.

The boys were treated to a special behind-the-scenes tour of the station – including lessons in news gathering, video editing and of course, weather prognostication.

They learned how Doppler radar works, how Hurricanes are formed and how those weather maps on television are really green screens with digital images projected onto them … 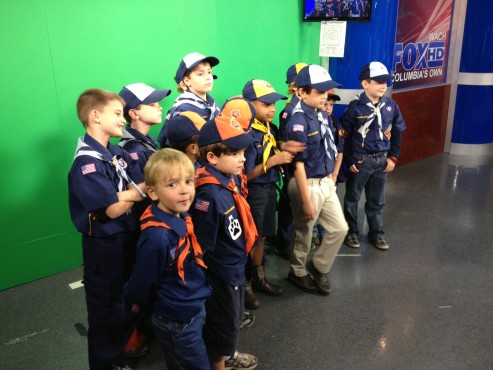 They also got a sneak preview of that evening’s newscast – and saw firsthand where commercials and network programming comes from (hint: satellites are involved).

At the end of their tour, the scouts were invited into the station’s main studio where they yelled “Good Morning, Columbia!” into the cameras, a greeting that was broadcast on WACH FOX’s morning news program this week (and which was tweeted by the talented and lovely Katie McKee, one of our founding editors favorite local TV journalists).

The end result of the tour?  Lots of happy kids … and the scout dads had a pretty good time, too.

Thanks again to the talented and (very) lovely Liz Reardon for setting this visit up, to Henry Rothenberg for leading the tour and to Garrett Bedenbaugh, Rob Starkey, Brian McConchie, Katie McKee and Shyann Malone for taking time out of their day for these young men.

This website tends to be hypercritical of the local mainstream media, but when it comes to sharing their time and explaining the tools of the trade to a group of very excited young boys … we’ve got nothing but good things to say about the folks at WACH.

How They Roll In Anderson, SC