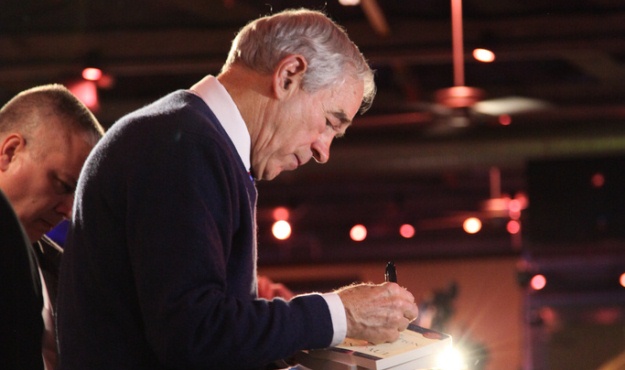 While Republicans and Democrats in Washington, D.C. bicker and argue over how to address the so-called “fiscal cliff,” retiring U.S. Rep. Ron Paul is correctly contending that our country has already gone over the edge.

“The truth is that we’re broke,” Paul told Bloomberg TV.  “We’re so far gone. We’re over the cliff.  We cannot get enough people in Congress in the next 5-10 years who will do wise things.”

Paul added that the only question now is “how we’re going to land.”

That’s a sad … but 100 percent accurate assessment.  Common sense appears to have been forever lost on our nation’s leaders, who continue to tinker around the edges of a spending addiction that is quickly assuming irreversible dimensions.  And while negotiations have begun between U.S. President Barack Obama and “Republican” House Speaker John Boehner over the approaching “cliff,” the only proposals being offered at this point involve revenue enhancements – not spending cuts.

In fact Boehner has already surrendered – signaling his willingness to raise America’s tax burden to pay for the recent rash of deficit spending.

“The real fiscal cliff is a federal debt that has more doubled over the last seven years – and which is projected to grow to a whopping $25.4 trillion over the coming decade,” we wrote earlier this year.  “Modest efforts to reduce this albatross on future generations should be welcomed – not demonized.”

Unfortunately, those modest efforts are being demonized … which means that the “fiscal cliff” is gonna be coming out of your paycheck.

“You can’t have a budgetary solution if you don’t change what the role of government should be,” Paul added.  “As long as you think we have to police the world and run this welfare state, all we are going to argue about is who will get the loot.”

No wonder they wouldn’t let Paul be the GOP nominee (let alone president) … God forbid we hear the truth from our leaders, right?