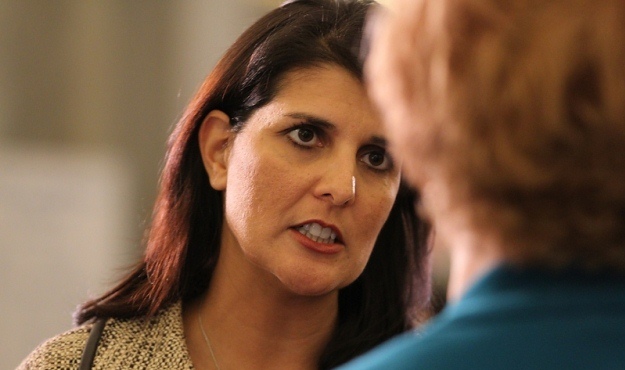 GOVERNOR NEEDS TO ACCEPT BLAME, DISPENSE WITH LIES AND EXCUSES OVER DATA BREACH

For the last three years, S.C. Gov. Nikki Haley has made the case for expanded executive power in South Carolina – all in the name of greater “accountability.”

As a candidate in 2010 – and as governor over the last two years – Haley has made “government restructuring” her top priority, insisting that if lawmakers’ empower her office with additional responsibility state government would become more efficient and accountable.

Obviously Haley’s view of what constitutes “accountable” government differs from ours … and her broader failure to win support from limited government conservatives has been a key to the undoing of her various status quo proposals.

But Haley hasn’t just failed when it comes to passing government restructuring … she is singlehandedly ruining the case for expanded executive authority by being a totally incompetent executive.

For example, look at the abysmal management of the S.C. Department of Employment and Workforce (SCDEW) – which was placed in the governor’s cabinet shortly before Haley was sworn in back in January 2011.  Or look at the piss poor performance of the S.C. Department of Transportation – a quasi-cabinet agency that Haley has been effectively running (into the ground) for the last two years.

In fact … is there a single Haley cabinet agency which isn’t fucking up?

Of course no cabinet agency has been a bigger disaster than the S.C. Department of Revenue, which earlier this year coughed up 3.8 million Social Security numbers, nearly 400,000 credit and debit card numbers and tax info for more than 650,000 business – an unprecedented state-level cyber security breach.

Haley has followed her typical pattern of lying and obfuscating … while refusing to take so much as a shred of responsibility for what happened.

That’s unacceptable … and embarrassing … but it’s also terrible news for those of us who believe that governors really should be given additional responsibility.

Haley’s hypocrisy on fiscal issues – and on the issue of government transparency – has basically killed any momentum for these long-overdue reforms.  Now the governor’s failure to take responsibility for the SCDOR scandal is killing any momentum for real government restructuring.