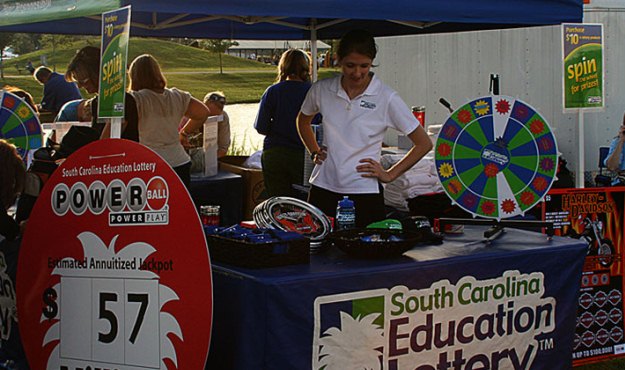 Less than a week after an unprecedented security breach at the S.C. Department of Revenue (SCDOR), the S.C. “Education” Lottery announced that it is missing an undisclosed amount of money due to an “accounting discrepancy.”  The agency has asked the S.C. State Law Enforcement Division (SLED) to investigate the missing funds – and has fired an employee as a result of the breach.

Implemented a decade ago, the “Education” Lottery was sold to voters as a new funding mechanism for our state’s failing public schools – although the money it generates has instead been routed to a host of other boondoggles.  The Lottery’s director – the formerly rat-tailed Paula Harper Bethea – has also been linked to some pretty shady slush fund activity in her dual role as head of this agency and the “economic development” grant agency she oversees.

Is this sort of sketchy government-funded crony capitalism what voters were promised when they supported the lottery in 2000?  Of course not .. although let’s face it: Our worst-in-the-nation K-12 public education system is hardly hurting for cash.

This website opposes the very existence of the lottery – not to mention the extent to which our state’s leaders will go to protect government’s monopoly on gambling in this state.

Like our failed K-12 education system, this gambling monopoly is killing jobs and suppressing income growth in the Palmetto State – and will continue to do so until market-based forces are permitted to take root in our state.