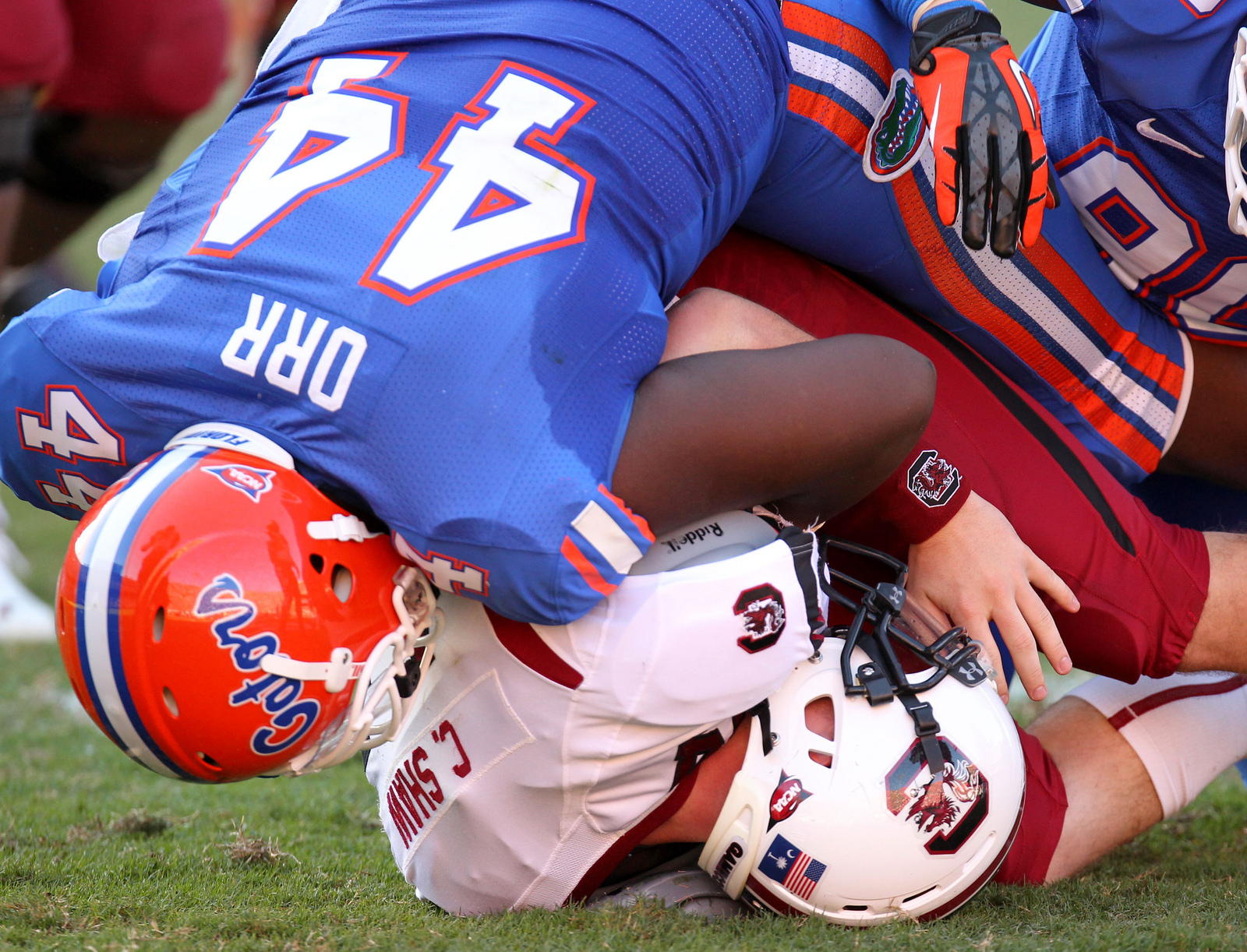 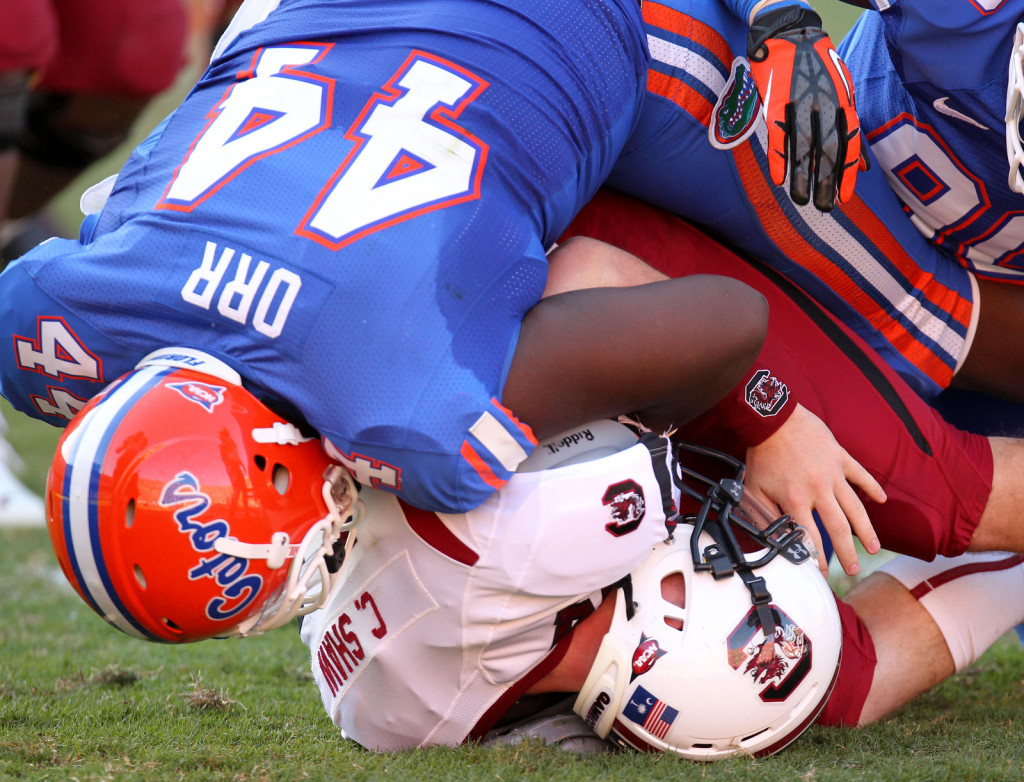 The University of South Carolina football team gave away its shot at a dream season this weekend in the “Swamp.” Literally.

Three first-half fumbles led to three Florida touchdowns and a 21-6 halftime lead – and the seventh-ranked Gamecocks folded like a cheap suit in the second half against the No. 2 team in the nation.

Florida’s 44-11 victory puts the Gators one win away from their first SEC East championship in three years – while the Gamecocks must win out if they hope to match their school-record 11 wins from a year ago.

Courtesy of award-winning photojournalist Travis Bell, below is a gallery of high resolution images from Saturday’s contest. Remember, once you’re inside the gallery you can enlarge each image even further by clicking on it a second time.