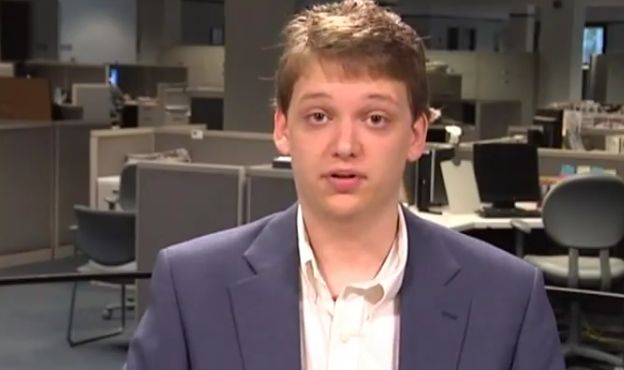 Austin Smith, a Democratic nominee for a Florence County seat in the S.C. House of Representatives, has been arrested for the second time this year on alcohol-related charges.  Smith, 21, was busted for public drunkenness earlier this week according to SCNow.com.

Oddly enough, Smith’s arrest appears to have been self-induced.  Specifically he is alleged to have approached Florence, S.C. police and Florence County Sheriff’s deputies (who were at the “Taboo” night club responding to a separate incident) and asked them to give him a field sobriety test.

The copes initially refused, at which point Smith insisted on the grounds that he “paid their salary.”

Needless to say, at that point he got his wish.

Additionally, in the police cruiser on the way to being booked at the Florence County Detention Center, Smith is said to have told deputies that he had been drinking heavily for twelve hours straight as part of his “typical routine for Thursday.”

Three months ago, this website broke the news of Smith’s previous arrest on charges of underage drinking (he was 20 years old at the time) and interfering with a police investigation.  Shortly after that arrest, Smith went on a local television station and admitted being an alcoholic.

“This is not, you know, a one time, you know, incident, unfortunately, with alcohol,” Smith told reporter John Sweeney of SCNow.com. “This is the first time obviously involving the police, but, you know … obviously there’s things I have to deal with with a counselor.”

“I still think I have a lot to offer the people of the sixty-third district,” Smith maintained, vowing to make alcohol awareness a centerpiece of his campaign moving forward.

Looks like he’s kept his word on that score … although not in a way that’s likely to earn him any votes.

UPDATE: According to SCNow.com, Smith has given up his State House bid … sort of.