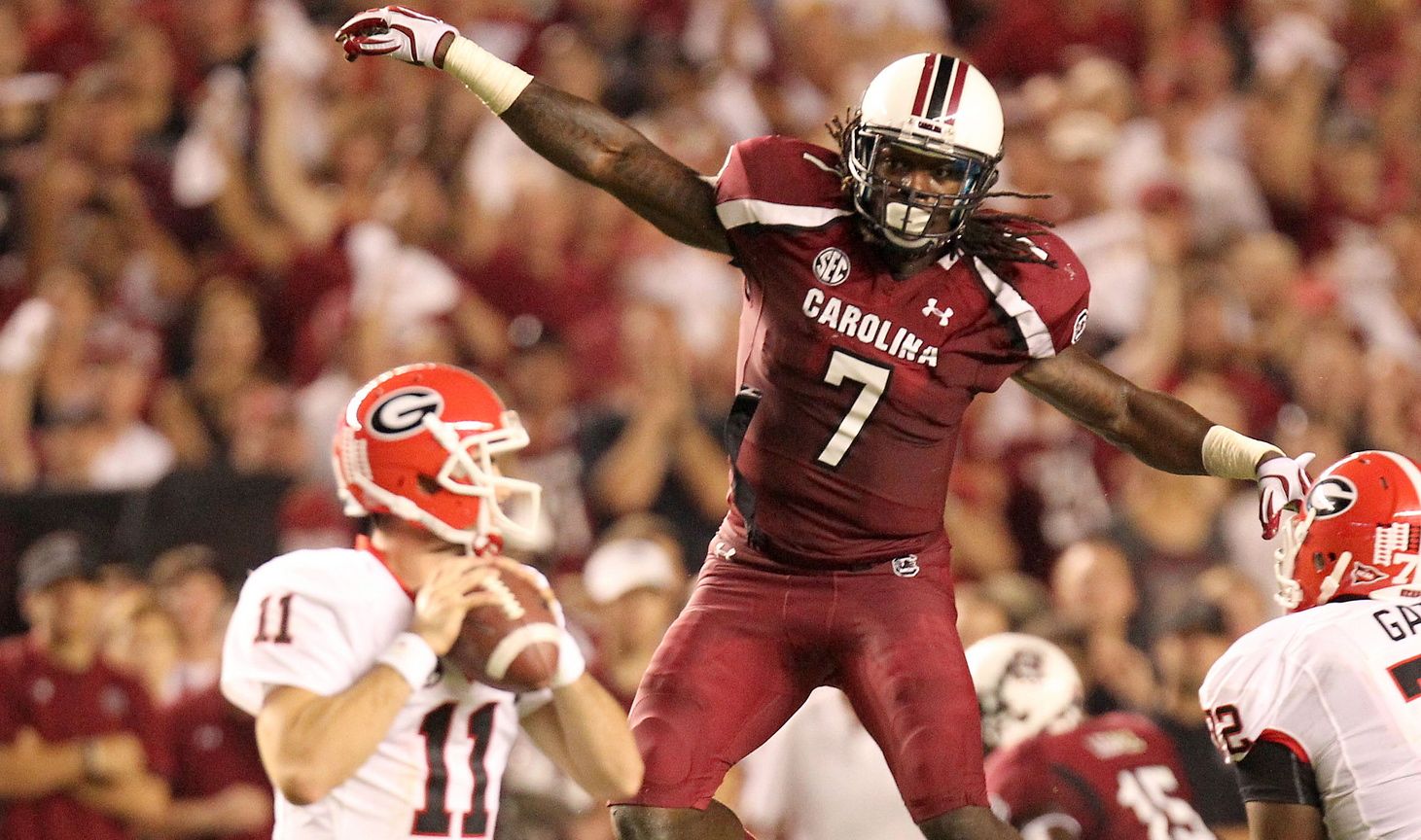 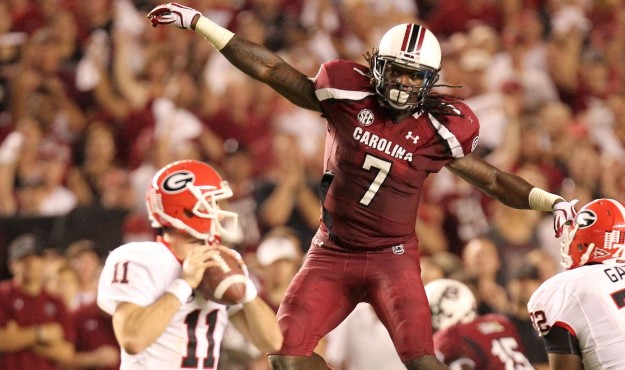 In news that will come as a shock to absolutely no one who has watched the first half of the 2012 college football season, University of South Carolina defensive lineman Jadeveon Clowney has been billed as the best sophomore football player in America.

According to ESPN insider Todd McShay, the 6-foot-6, 256-pound sophomore from Rock Hill, S.C. stands atop a list of “five true sophomores who have shown the potential and ability to be first-round picks in this year’s draft, were they eligible.”

“I have not seen a more consistently disruptive defender than Clowney, and that includes LSU’s Barkevious Mingo and Sam Montgomery, Georgia’s Jarvis Jones and Utah’s Star Lotulelei,” McShay writes. “Those are all great players in their own right, and most of them are more advanced in their skills than Clowney is. But Clowney has been more disruptive. And these are all first-half-of-the-first-round draft prospects we’re talking about.”

The former No. 1 national high school recruit and 2011 SEC Freshman of the Year has made tremendous strides this season, ranking second in the SEC in sacks (6.5) and tackles for loss (12).  He’s also registered multiple pressures and pass deflections – not to mention forced offensive lines to rethink their match-ups in an effort to try and contain him.

Clowney was held without a sack against Louisiana State last week , though – a strong performance by the Tigers which may have been aided by some ill-advised pre-game trash talk on Clowney’s part.

He’s clearly taking that “next step” toward justifying all those comparisons to NFL legend Lawrence Taylor.